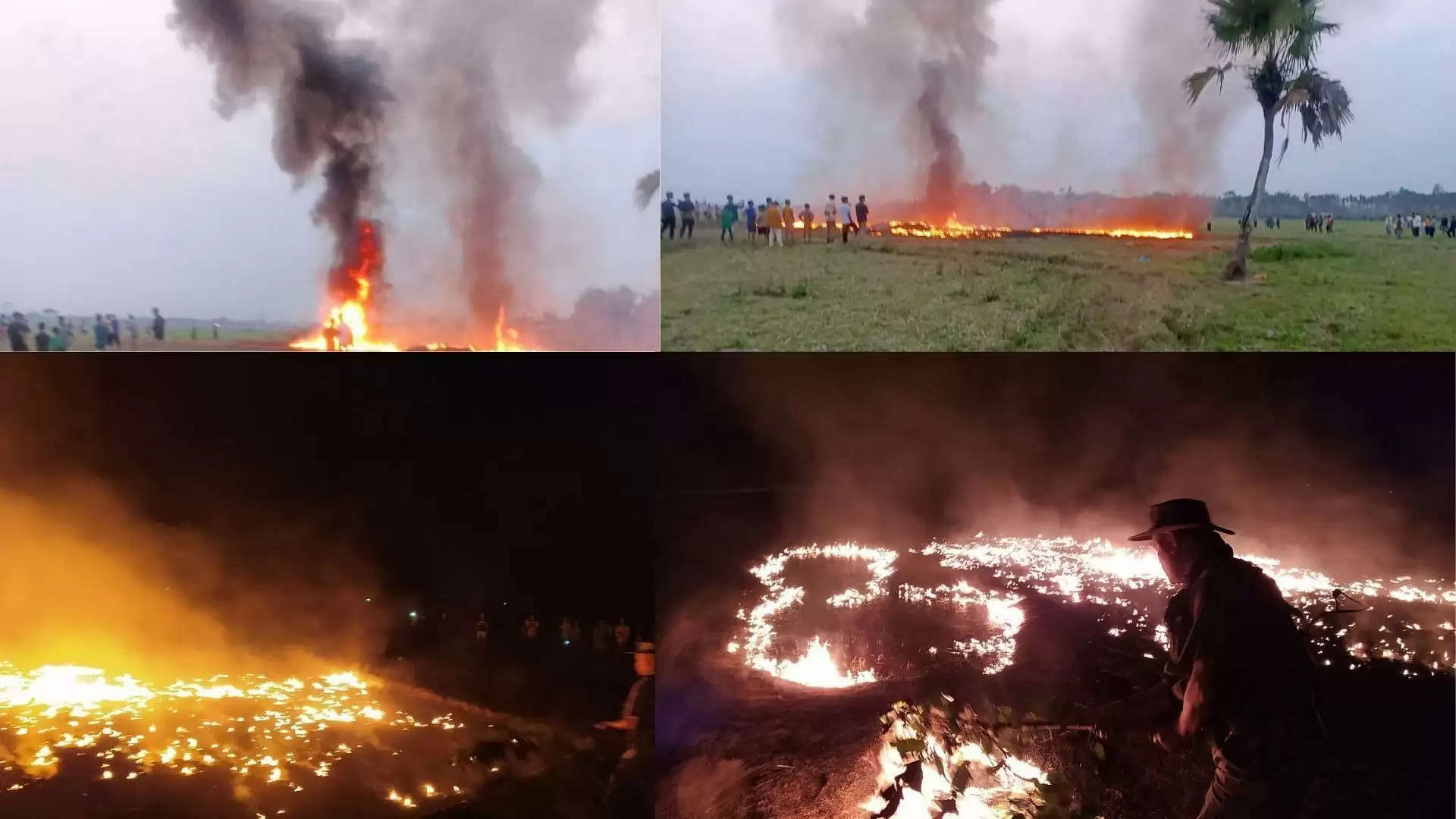 A major fire broke out near the EPS facility of OIL, India in Inao, Changlang district of Arunachal Pradesh on March 17.

According to a press release by the Indian Army, the fire erupted in the evening at around 5:30 pm because of leakage from a gas pipeline.

“The fire spread gradually, to the nearby fields in the radius of 50 meters from the leakage point,” it stated.

The nearest army camp immediately swung into action by deploying a quick reaction team (QRT) to the location.

After alerting the firm, the team started dowsing the fire with the support of locals and extinguished it around 7 pm.

Meanwhile, the officer leading the team is said to have sustained minor burn injuries slipping on the spilled oil surface.