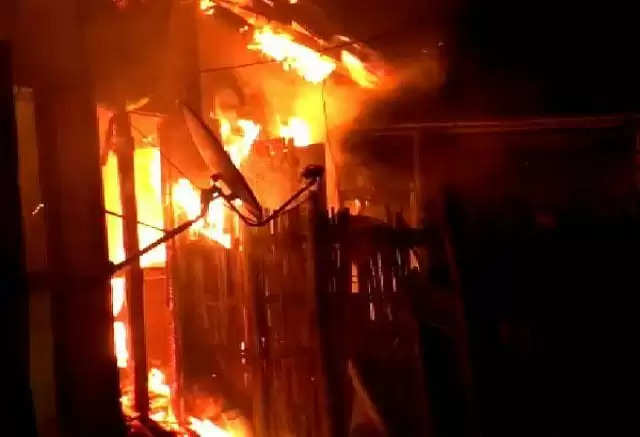 Four houses were gutted in a fire that broke out at C-sector of Naharlagun, near Itanagar in Arunachal Pradesh on Wednesday.

Sources informed that the fire broke out in the house of Duyu Taka and spread to three other houses.

However, no casualties have been reported.

The fire was brought under control after four fire tenders were rushed to the spot.