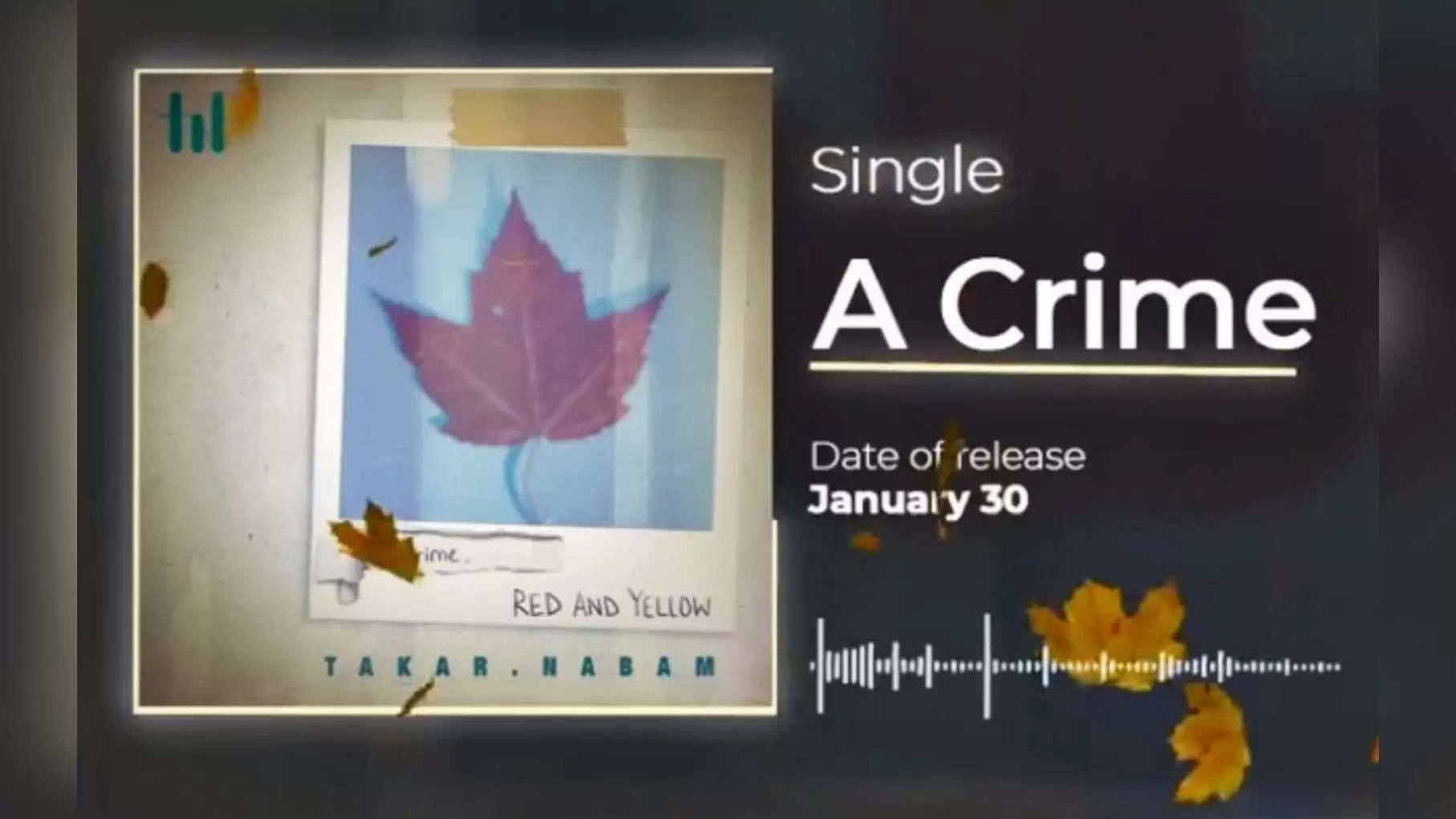 Produced and mixed by the London and New York City-based duo of Andy Dollerson and Jake Owen (Augustana, Siddhartha Khosla/Goldspot, BoDeans), “RED AND YELLOW” is a collection of 5 songs that offers a glimpse into Takar’s wide span of influence over western pop, lush, feel-good post-Beatle songwriting, and deeply soulful jazz and blues guitar.

People know Nabam as being a vibrant creator of songs that capture listeners in several ways, be it through his nostalgic hooks, vivid storytelling, or bold and forward-thinking musical vision.

According to the artiste, "A Crime" is a stirring pop lament on the confusion of adolescent love, landing somewhere between the candid ethereal worlds of Frank Ocean or Tom Misch.

Hailing from the tribal region of Arunachal Pradesh, India, Nabam has forged an identity firmly in the vanguard of innovative artistes while respecting and building on the deep roots of his culture.

Nominated as one of India’s “Top 5 Guitar Players” by Guitar Player Magazine in 2020, he uses his firm command of both voice and instrument to convey deeply personal narratives of introspection.