Niaw Wasa, currently with four points on the table after the win, will play their last league encounter against Delhi FC, on November 10. 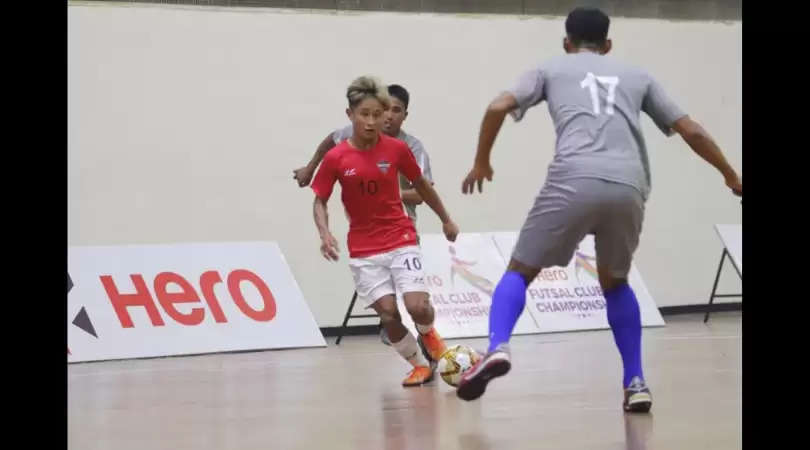 Meghalaya's Niaw Wasa kept their dreams of reaching the Futsal Club Championship semi-finals alive with an 8-2 victory over Telongjem FC of Nagaland in Group C encounter in New Delhi, on November 8.

The team from Jowai came back strong after trailing twice in the first half to win big. The second half witnessed superb performances by Wadajied Ryngkhlem, Niponghi Sumer, Primrose Lamat, Riburom Jat and Samson Nongrum, who kept on scoring at regular intervals.

Niaw Wasa, currently with four points on the table after the win, will play their last league encounter against Delhi FC, on November 10.

The Hero Futsal Club Championship is India's inaugural national level futsal event and the championship 2021-22 features 16 teams divided into 4 groups and is played in a round-robin style.

The top team from every group advances to the semi-finals of the championship, which will be contested in a knockout style among the teams. The tournament's victors would be crowned as India's first futsal champions.