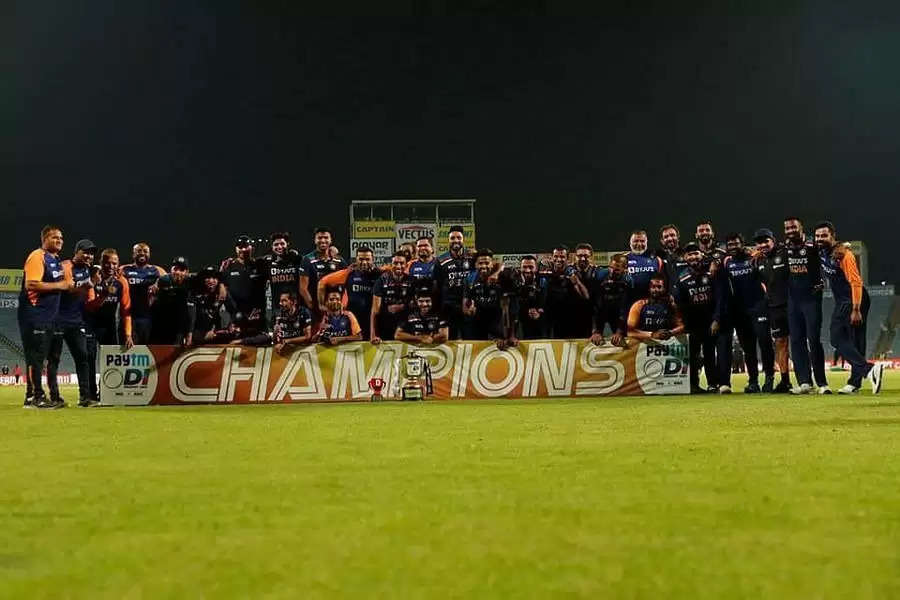 India defeated England in the third and final match of the ODI in Pune to win the three-match series 2-1 on Sunday.

The hosts batted first and set a target of 330 runs, while the visitors could reach only 322 runs in 50 overs, with Sam Curran alone scoring 95 runs in 85 balls.

England batsman Jonny Bairstow was awarded - Player of the Series for his massive 219 runs in the series.

While Shikhar Dhawan scored 67, and Hardik Pandiya managed 64 runs, with decent contributions from others.

Board of Control for Cricket in India (BCCI) secretary Jay Shah congratulated the Indian team following their 2-1 series win in the ODI.

"The hosts winning the limited-overs series after the Test series win is a testament of consistency across formats", Shah said.

He also thanked England and Wales Cricket Board (ECB) for their commitment to the series.