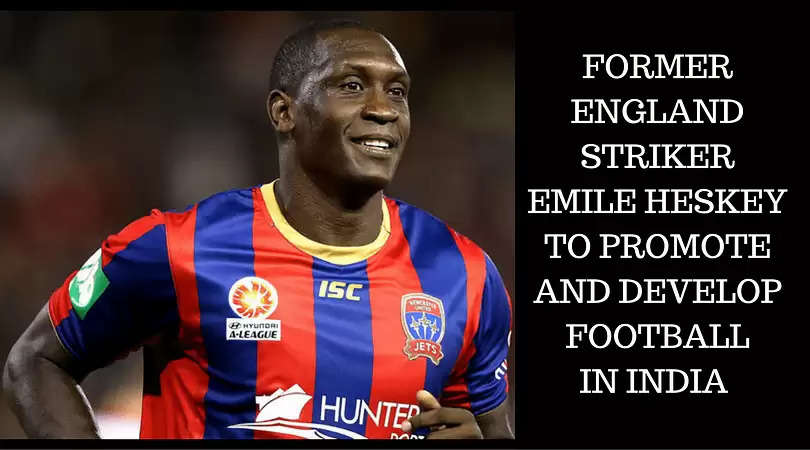 Mumbai, Dec 1, 2017: Former England forward Emile Heskey, who represented his nation in the 2002 and 2010 FIFA World Cup will arrive here on December 8 to unveil plans for promoting and developing football in India.

The former Liverpool and Leicester City player will travel to several cities in India along with the United Kingdom's real estate tycoon Atif Malik as a part of the initiative which is aimed at personally engaging with kids and fans, according to a press release.

ALSO READ: In an epic battle;England fight back to become FIFA U-17 World Cup Champions 2017

"The success of the FIFA U-17 World Cup India 2017 speaks volumes about the appetite for football in India. Through our initiative we aim to associate as many kids as possible with the sport and help them consider football as a serious profession in future," Heskey said.