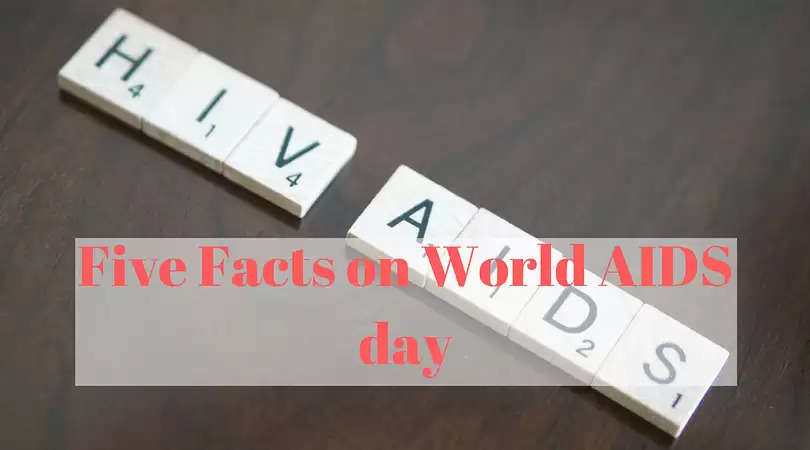 1. World AIDS Day takes place on the 1st December each year. It's an opportunity for people worldwide to unite in the fight against HIV, to show support for people living with HIV, and to commemorate those who have died from an AIDS-related illness. Founded in 1988, World AIDS Day was the first ever global health day.

2. Over 2.1 million people are living with HIV in India and is the third largest HIV epidemic in the world. Globally, there are an estimated 36.7 million people who have the virus. Despite the virus only being identified in 1984, more than 35 million people have died of HIV or AIDS, making it one of the most destructive pandemics in history.

3. The HIV epidemic in India is driven by heterosexual sex, which accounted for 87% of new infections in 2015. However, the epidemic is concentrated among key affected populations such as sex workers. The vulnerabilities that drive the epidemic are different in different parts of the country.6 The three states with the highest HIV prevalence (Manipur, Mizoram, Nagaland) are in the east of the country. Some states in the north and northeast of the country have also reported rising HIV prevalence.

4. Today, scientific advances have been made in HIV treatment, overall, India's HIV epidemic is slowing down, with a 32% decline in new HIV infections (80,000 in 2016), and a 54% decline in AIDS-related deaths between 2007 and 2015 there are laws to protect people living with HIV.

4. In 2016, an estimated 2.2% of female sex workers in India were living with HIV, although this figure varies between states. one 2013 study cited HIV prevalence among sex workers in Maharashtra at 17.9%, Manipur at 13.1%, Andhra Pradesh at 9.7% and Karnataka at 5.3%. In 1997, there were just 67 HIV testing and counselling (HTC) sites in India. By August 2016, there were more than 20,000 facilities offering HTC.43 Between April and September 2015, when NACO last reported data, 6.85 million general users accessed HTC, suggesting India is on course to meet its annual testing target of 12.4 million. A total of 5.32 million pregnant women received HTC over the same period against a yearly target of 9 million.44. Despite this progress, around one quarter of people living with HIV in India (23%) are unaware of their status.

5. NACO is the body responsible for formulating policy and implementing programmes for the prevention and control of the HIV epidemic in India. The most recent programme, NACP-IV (2012-2017), aims to reduce annual new HIV infections by 50% through the provision of comprehensive HIV treatment, education, care and support for the general population and build on targeted interventions for key affected groups and those at high risk of HIV transmission.

World AIDS Day is important because it reminds the public and government that HIV has not gone away – there is still a vital need to raise money, increase awareness, fight prejudice and improve education. World AIDS Day is an opportunity to show solidarity with the millions of people living with HIV worldwide. Most people do this by wearing an HIV awareness red ribbon on the day.