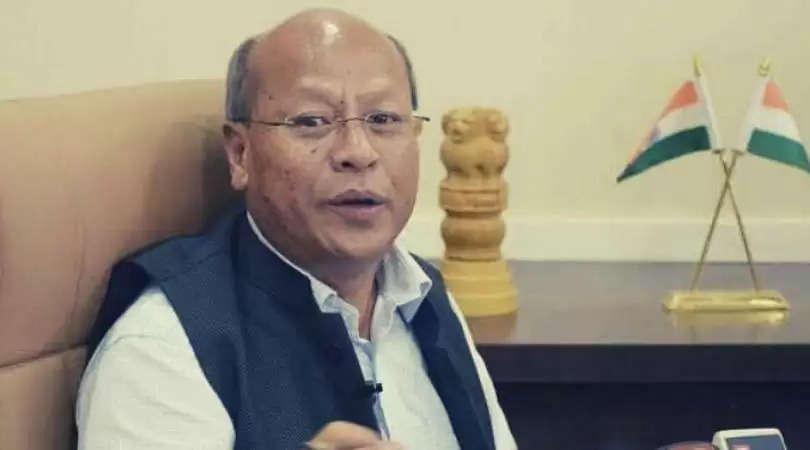 Meghalaya Deputy Chief Minister Prestone Tynsong, on Friday, said that if Opposition Leader Mukul Sangma has any evidence concerning illegal mining and transportation of coal, he is free to table the issue in the ongoing Autumn session of the Assembly.

The Assembly session is set to witness a heated debate between the treasury and opposition bench over the alleged illegal mining and transportation of coal in the state.

Earlier on Thursday, the Opposition leader stated that his visit to the coal depots itself was enough evidence.

“What more evidence do they want?” Sangma asked, adding that he could provide more than enough evidence.

“We (will) auction the unclaimed coal after we get the order from the court,” Tynsong said.

Responding to a question raised by Mukul Sangma on the state government’s inability to auction 2,000 lakh metric tonnes of extracted coal for more than a year now, Tynsong said the working plan for auction of this coal will have to be prepared by the Coal India Limited and the State Government.

We will submit the Working Plan to the NGT for its approval, Tynsong said, adding that they are now in the last stage.

The Supreme Court had earlier accepted the National Green Tribunal’s (NGT) report and had allowed the Meghalaya government to auction the coal.

“But as per the laid down criteria, Coal India Limited will have to do the auction of the 32 lakh metric tonnes of coal,” he said.

He said that the State Government had wanted to auction the coal after receiving the Supreme Court ruling.

“We cannot go (ahead with) the auction since there are so many criteria which are required to be fulfilled. Hopefully, the NGT would approve the working plan and then we will start the auction,” Tynsong said.

Stating that transportation of coal is still going on, Tynsong said that the coal which is being transported was as per the court’s guidelines.

“We seized the coal and the trucks if illegal transportation of coal happens. If we seized some new stocks of coal, then the provisions (of the) law applies. We hand over the seized coal to the court. We auction the seized on the directed of the court,” Tynsong added.