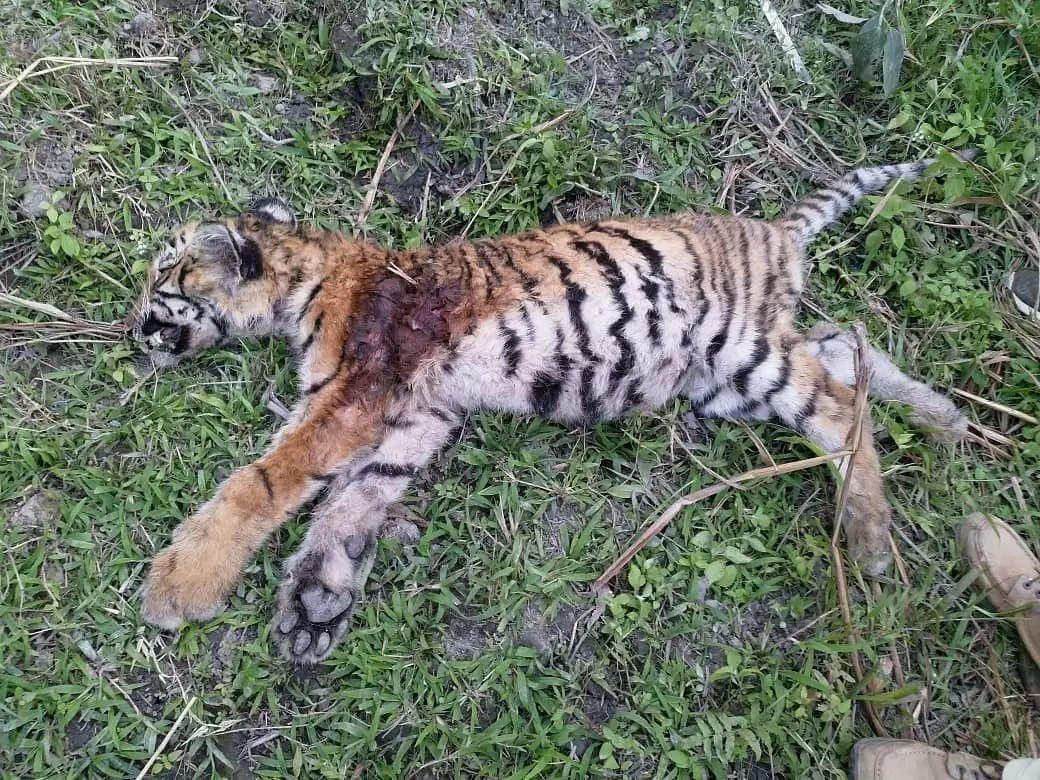 GUWAHATI: Staff members of an anti-poaching camp recovered the carcass of a female tiger cub at the Kaziranga Tiger Reserve under Eastern Assam Wildlife Division on Tuesday morning.

Forest department sources informed that a team from the Tazeng anti-poaching camp of Kaziranga Range detected the carcass during routine patrolling at 10.40am and reported the incident.

“Subsequently, senior officials of the department, veterinarians and staff of the National Tiger Conservation Authority immediately rushed to the site. After a thorough post-mortem and sample collection for further investigation, the carcass was completely burnt,” a statement issued on Tuesday evening said.

“General observation and post mortem reveals multiple puncture marks on the neck and other areas of the body, broken ribs, etc. The cause of death is infighting,” the statement said.

The approximate age of the female cub would be about four to five months.