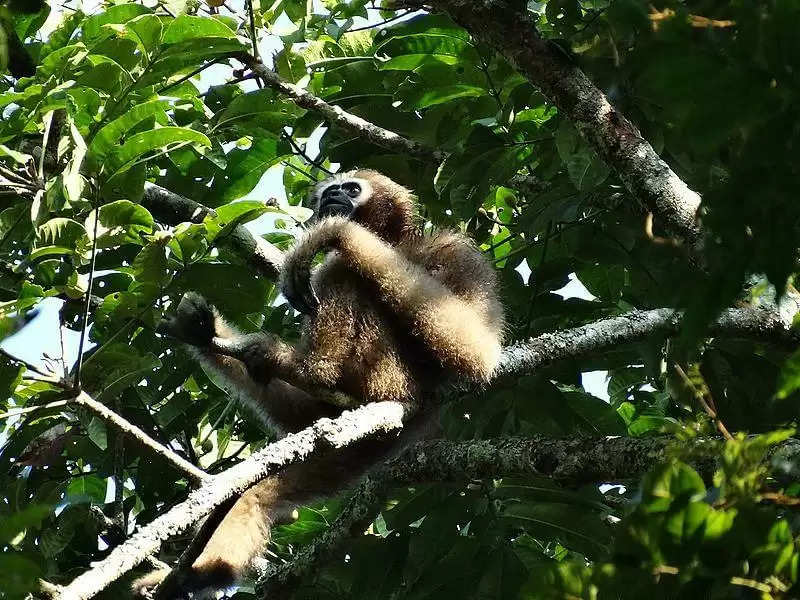 In a Christmas present to animal lovers of Arunachal Pradesh, two gibbons have been born in Itanagar Biological Park, popularly known as Itanagar Zoo, within eight days.

The first baby was born to the zoo’s youngest couple Jesu and Sonu on December 12 and the second to Bhat and Yapa on December 20, the biological park’s veterinarian Dr Sorang Tadap said on December 23.

Another gibbon was born on October 2. It has been named ‘’Gandhi’’, he said.

“The genders of the newborn gibbons can be identified only after four years through morphological changes in their skin colour,” Tadap said.

The baby gibbons have been kept under 15-day observation, which is a very crucial period for their survival, he said.

The zoo, covering an area of over 250 hectares, launched the Hoolock Gibbon Conservation Breeding Programme in 2007. Seventeen gibbons have been born in the facility since 2008, of which only three have died.

The zoo is the first lesser apes’’ conservation centre in the country. (PTI)