The Hult Prize is the world’s biggest engine in collaboration with the United Nations Organisation for the launch of for-good, for-profit startups emerging from universities in more than 100 countries with volunteers around the world. 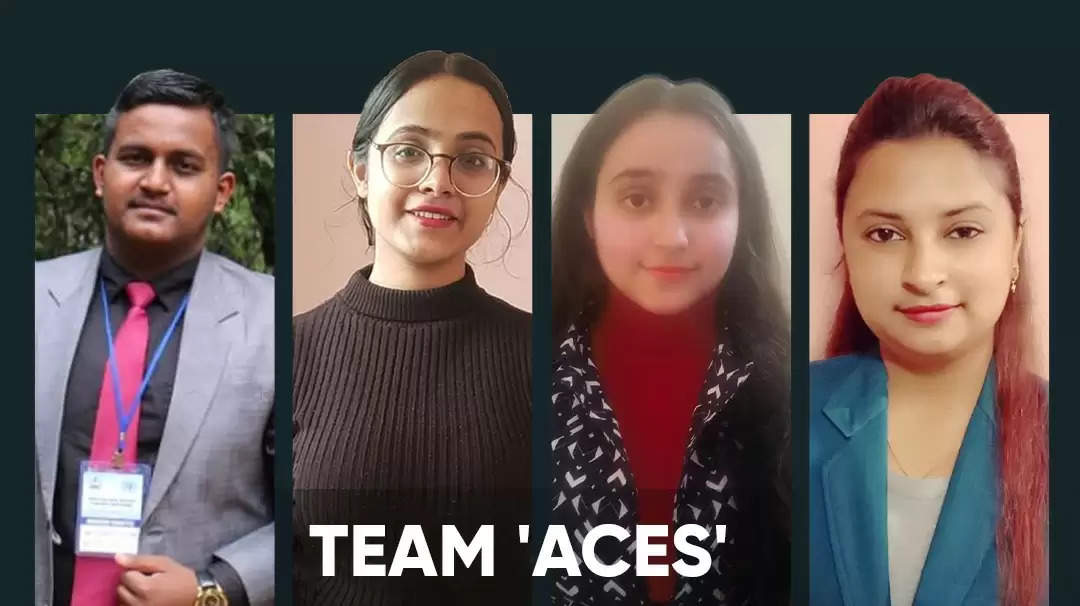 A quartet from St. Anthony's College, Shillong became the first from Northeast India to win the Impact Regional Summit of the Hult Prize Challenge 2021.

The Hult Prize is the world’s biggest engine in collaboration with the United Nations Organisation for the launch of for-good, for-profit startups emerging from universities in more than 100 countries with volunteers around the world.

It is a challenge worth a $1 million cash prize for leading Youth Today to be a part of the global change. This year, the 2021 theme is 'Food for Good: Transforming food into a Vehicle of Change' that will eventually give rise to jobs, boost economies, reimagine supply chains, and improve outcomes for 10,000,000 people by 2030.

Speaking to TNT-The Northeast Today, the team said that their first reaction to their College hosting the Hult Prize On Campus Round was that of curiosity and excitement.

"It was something very new and innovative for us. Being students of the same department, we created our team and eventually participated in this competition," the team said.

Describing their idea, the team said, "We want to reduce food waste and get a good product out of it and use it for the benefit of our state, country and the entire world".

The competition is segmented into different stages -- the 'On Campus' round where 28 teams took part and the 'Aces' team bagged the 1st runner-up position.

The next stage was the 'Regional Round' or the 'Mumbai Summit' where the Shillong team competed with 43 other teams.

"All the teams were divided into six groups. We had two rounds. In the first round, we gave our presentation and competed with seven other teams of our group. One team from each group got selected and presented their ideas in the second or the final round, and eventually - We WON the Regional Round! We defeated the other 42 teams from all across the country, and international teams from Nepal and Bangladesh," the team added.

This will now be followed by Accelerator Round to be held in London and the teams that will win this round will qualify for the finals to be held in New York.

Aces also spoke about the mentors whose guidance helped them excel and make it to the Accelerator round.

They said, "The 'On Campus' round prepared us well for the 'Regional Impact Summit'. Under the diligent mentorship of the Founder and CEO of Infinite Solutions, Arki Nongrum, we structured the presentation of our idea in a better way while incorporating invaluable inputs from the Founder of Dweller Teas, Eli Yambem and our own College's communication skills teacher, Ma'am Megdalyne Pyngrope. We would like to thank our professor, Sona Lyndem, who has been helping and guiding us right from the On-Campus Round, and is continuing to do so."

Speaking to TNT, the dynamic quartet also talked about their individual experiences.

Aushinar Dastidar: I was very enthusiastic to participate in the Hult Prize challenge 2021. It is something very different from my usual interests and co-curriculums.

As soon as the team was formed, deciding on who'd be taking the responsibility of a captain was a tedious task. Hence, I hesitated. But because of the immense support and encouragement from the teammates, I had to be one. Working with 'Team Aces' throughout the journey was full of thrill as the obstacles we encountered in the process were also entertaining.

Pitching in front of international dignitaries and, having a healthy discussion with them made our idea even more sophisticated. By God's grace, we could win the 'Regionals' and make it to the 'Accelerator Round' in London and it is itself the biggest achievement.

Ananya Bhattacharya: The way we started and came up with our idea was a pretty sudden turn of events. A phone call among us and it all commenced. To reach here after having to settle as runners up in the campus round is overwhelming in itself and, the feeling is still sinking in. Pitching our idea in front of that many dignitaries, who had been there and made it themselves, was a moment I'll always cherish. I'm extremely happy to be a part of this team and grateful towards my college that has bestowed this opportunity upon us to grab. Eagerly looking forward to the next round now!

Akangsha Chakravorty: It was during the pandemic that we got to know about the Hult Prize. At first, it was just an idea we didn't know where it would take us at that time. But as soon as the competition started, the idea became a dream... a dream that would possibly change the world.

Muskan Singhania: Being a part of the team 'Aces' has been an amazing experience for me. When I was included in the team, I was extremely excited to know more about the competition and work on our idea. Hult Prize has allowed us to serve our state, the country as well as the entire world with our start-up idea. We have made it to the 'Accelerator Round' and, will give our hundred per cent and try to win that round too.