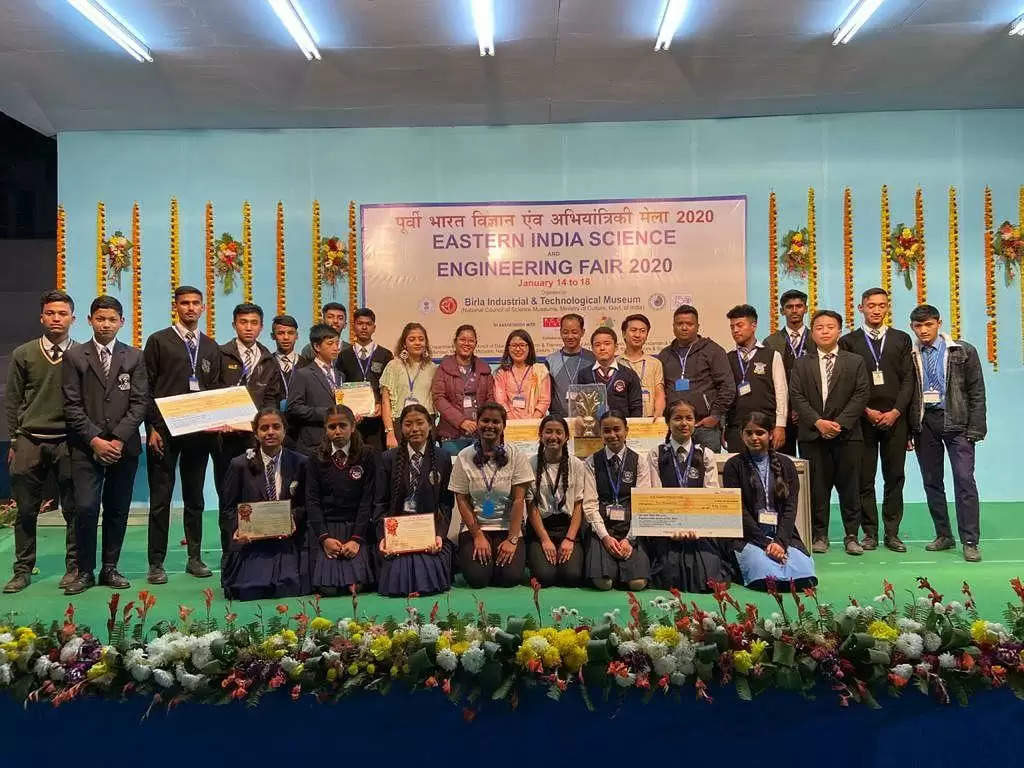 This is the third year in succession when Sikkim has won the coveted award after five days of grueling judgment.

In another news, a team of 09 students from different schools of Sikkim escorted by two officials of Samagra Shiksha reached New Delhi to participate in the interactive programme of the Prime Minister called Pariksha pe Charcha.

The programme is being held at Talkatora Stadium in New Delhi on January 20, 2020, where the Prime Minister will interact with students from all corners of the country.

This year, 11 schools from Sikkim had participated in the EISF 2020 after winning the State Level Science, Mathematics and Environment Exhibition 2019-20 held in Government Senior Secondary School, Deorali from 26th to 28th November 2019.

In Sikkim, the Parihska pe Charcha will be held at TNSSS where about 2000 students are expected to participate and witness the live telecast/broadcast of Pariksha pe Charcha at 11 am on January 20, 2020. The programme will be live on air through the Doordarshan and MHRD YouTube channel.