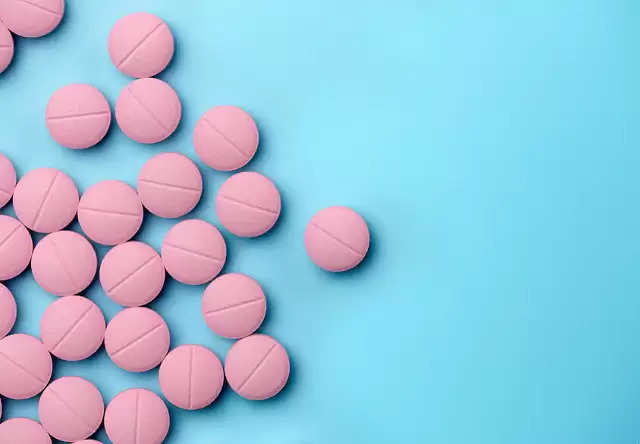 A drug used to treat rheumatoid arthritis may reduce the risk of dying for elderly patients with COVID-19, and provide a new weapon in the arsenal against the novel coronavirus, according to a study.

In the research, published in the journal Science Advances, 83 patients with a median age of 81 and all suffering from moderate to severe COVID-19 infection were given a drug called baricitinib.

In the study, the patients, who were in multiple hospitals across Italy and Spain, had a 71 per cent reduced risk of dying compared to patients who had not taken the drug.

This medication was initially identified, by scientists at Imperial College London in the UK using artificial intelligence (AI) as a drug that could have anti-viral and anti-inflammatory effects.

The study found that 17 per cent of patients who were given the drug died or needed to go on a ventilator, compared to 35 per cent in the control group who were not given the medication.

The research team says the findings are being followed up with large-scale clinical trials.

"We urgently need to find more effective treatments for COVID-19 while we wait for a vaccine to become widely available, said Professor Justin Stebbing, co-lead author of the study from Imperial College London.

"This is one of the first COVID-19 treatments to go from computer to clinic and laboratory. It was first identified by an AI algorithm in February, which scanned thousands of potential drugs that could work against this virus," Stebbing said.

The study suggests this drug can aid recovery of patients with moderate to severe COVID-19 and may provide a new weapon in the arsenal against the virus, the researchers said.

The team grew miniature human organs in the lab, called organoids, to investigate how exactly the drug may combat COVID-19.

The findings revealed that the drug may help work in two ways: reduce organ damage caused by inflammation, and blocking the virus entering human cells.

When infected with the COVID-19 virus, called SARS-CoV-2, the body releases different types of inflammatory molecules, called chemokines and cytokines.

These molecules act as the early warning system for the body, telling the immune system the body is under attack.

However, in the case of COVID-19, particular cytokine and chemokines, including those called interleukins and interferons, causes this warning system to spiral out of control, and trigger a so-called cytokine storm.

This cytokine storm not only causes significant damage to the body's organs, but the study revealed it also helps the virus gain access inside human cells.

The study showed a particular cytokine, called an interferon, increases the number of receptors, or docking points, for the virus.

By doing this, in effect, lowers the drawbridge and lets the virus into the cells of the body, the researchers said.

They revealed the drug blocks this process occurring and so increases survival from COVID-19.

The study also suggested COVID-19 increases the activity of genes related to platelets, which can make the blood sticky and more likely to form clots. The drug baricitinib was shown to reduce the activity of the genes.

"This study confirms what AI predicted, and what we were hearing from patient case reports. For instance one case involved an 87-year-old severely unwell patient from Foggia, Italy, who showed rapid improvement after being given the drug, whereas her husband and son, who did not receive baricitinib, died, said Professor Volker Lauschke, co-lead author from Karolinska Institutet, Sweden.

"This study has also shone a light on exactly how this drug may protect us at the cellular level. This helps us understand why other types of drugs are proving beneficial, or not beneficial, as we as help identify other treatments which may tackle COVID-19," Lauschke said. (PTI)