Why is there COVID-19 vaccine hesitancy in Meghalaya?

Over the past months, Meghalaya has been in the limelight as one of the states with low vaccination coverage. The state government has campaigned in both rural and urban areas about the importance of taking the vaccine for prevention and also for reducing the spread of the virus. 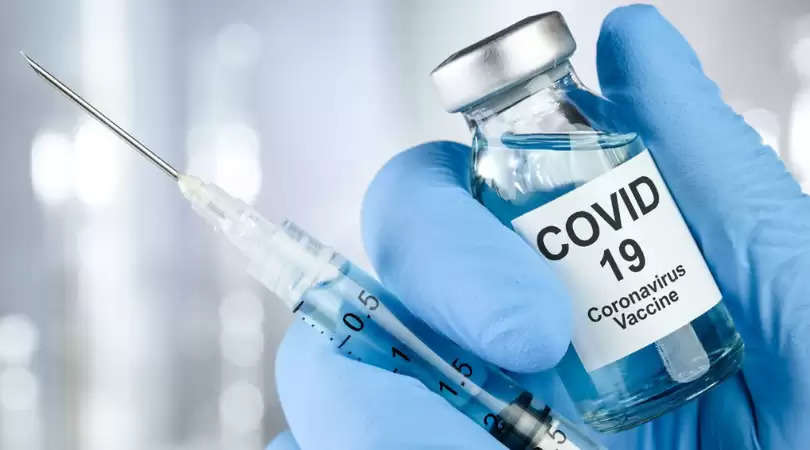 When life was beginning to get back to normal, after a festive holiday season, India was hit by another variant of the coronavirus, the Omicron. In Meghalaya, we seem to be hit by the virus a few weeks later than other states, thereby giving it some time to put in place protocols to prevent the spread of the virus. Along with ensuring that the SOPs are complied, the state is also persuading the general public to take the vaccination. On January 4, 2022, it rolled out the campaign to vaccinate adolescents between the age of 15 to 18 years. The Principal Secretary to Health & Family Welfare Department at Government of Meghalaya, Sampath Kumar (IAS), said that on the first day, the vaccination for adolescents crossed 1000. It is hoped that schools will play an important role in getting the high coverage of vaccination for this age group.

Over the past months, Meghalaya has been in the limelight as one of the states with low vaccination coverage. The state government has campaigned in both rural and urban areas about the importance of taking the vaccine for prevention and also for reducing the spread of the virus. These campaigns included talks on local channels, radios, webinars with experts in local languages, posters, awareness programmes in villages and campaign through the local village councils or Dorbars. There were also surveys conducted by the local primary health centres to ascertain the number of persons eligible for the vaccine and those who are vaccinated. The government also appealed to the religious leaders to urge its members to take the vaccine. Although much has been done, according to official health records, as on January 5, 2021, there are 1237017 people vaccinated with the first dose and 887770 vaccinated with the second dose. The Chief Minister, Shri Conrad Sangma had appealed before Christmas that the state needs to push another 9 lakhs vaccine.

The latest research from National Institute of Health and Nature suggested that the existing vaccines could be less effective against the fast-spreading corona virus variant like Omicron but a third booster should improve immunity. While the third booster doseis underway, yet it is interesting to note that the vaccination coverage is not uniform and vaccine refusal and hesitance still persist. This is not just a problem in Meghalaya; news reports show that even eastern European countries such Bosnia, Herzegovina (22%) and Bulgaria (26.7%) have achieved low vaccination coverage (22%) because of hesitance by a large section of the population.

Though vaccines are considered some of the most successful public health breakthroughs ever put into practice where countless lives have been saved and the occurrences of vaccine preventable diseases are at a fraction of the rate experienced before vaccines. Ten historically fatal diseases have been reduced by 92-100% since the 20th century. Smallpox has been eradicated and polio is nearly gone. Extrapolating over the decades and around the world, it is no exaggeration to say that vaccines have saved literally tens of millions of lives and prevented hundreds of millions of cases of disease, if not more. The overwhelming scientific consensus is clear that vaccines are safe, effective, and necessary.

While previous evidence shows the efficacy of vaccines, it is essential to understand the reasons for vaccine hesitancy in the context of Covid19. We had conducted a survey in 17 villages across 4 districts in rural Meghalaya in October 2021. All the respondents were adults. It was found that 21% reported of having other physical ailments and were on medication, 30% had a fear that the vaccine could cause side effects. On probing, the fear is related to side effects on their health, mainly infertility, weakness, low haemoglobin and even death. An elderly man of 87 years from West Jaintia Hills stated, “I am scared of the injection since from childhood I have never given any injections. What if I die because of the vaccine”? Twelve percent (12%) of the women who are pregnant and lactating were also not willing to take the vaccine and 9% of the people did not take the vaccine because of a religious belief. It is to be noted that some religious cult leaders have spoken against the vaccine and this has caused a lot of fear and confusion among the people. The government has engaged with religious leaders in the state to persuade their members to come forward to take the vaccine. Although the state has witnessed more deaths in the second wave in 2021 with over 1400 deaths due to COVID19, yet 6% in the survey stated that they did not believe that COVID19 existed and another 9% believed that they could improve their immunity by a healthy lifestyle which would prevent them from contracting the virus. A young man of 26 years from East Khasi Hills district said “I believe that we should eat vegetables and fruits that boost our immune system instead of giving the vaccine”. However, it was encouraging to note that 15% of the respondents were willing to take the vaccine but they did not take it yet because of their inability to get vaccinated when the health workers came to their village and therefore, they procrastinated going to the health centres themselves which was in another village. This complacency sets in when the active cases have started to reduce; little does one think of the risks of new variants in the near future.

As the state is moving towards vaccinating the younger population of 15 to 18 years and persuading the adults to get themselves vaccinated it is essential to note the best practices that will help people take the vaccination. One example is an urban locality called Nongthymmai in Shillong, the capital city of Meghalaya. This locality has 10 smaller localities with a total population of 9028. Here, the Nongthymmai Urban Primary Health Centre has not only made the vaccine available to the public but also its staff went for home visits and conducted regular surveys to ascertain the vaccinated and non- vaccinated people and also to inquire whether some people who were not able to go to the health centre, whether they would want the vaccination to be administered at their homes. This has enabled the officials not only to understand the vaccination status but also has enabled the public to clarify their doubts and take the step to vaccinate. According to the reports from the Nongthymmai UPHC, it shows a 97% coverage of first dose and 90% coverage of second dose in this locality.

We can relate the current scenario of vaccine hesitancy by some sections of the society to the behaviour change theory called the Health Belief Model developed way back in 1950, where people will think of their susceptibility to the virus, its severity, the benefits of action to change (taking the vaccine), barriers to act, stimulus to act and confidence to take the decision. In this context of the pandemic, it is essential for continued messaging that everyone is susceptible to the virus including those who are at home, to make the vaccine available closest to the village so that the barrier of distance and time could be reduced. The people said that the amount that they had to spend to get the vaccine ranged from Rs. 20.00 to Rs. 100.00. Also, they had expressed that there needed to be 10 people at the health facility otherwise, they would be vaccinated. Such barriers enhance the people’s chances of not taking the vaccine. Ensuring the easy access to the vaccine coupled with correct messaging to reduce fear among general public will be key to get the fence sitters to take the decision to vaccinate.

While the state and country is still fighting against the current Omicron variant, it is best tthat we follow the state protocols and get ourselves vaccinated, yes with a booster also when the state government initiates as vaccination is the weapon that will get us through this virus.

(Melari Shisha Nongrum is an Associate Professor at the Indian Institute of Public
Health, Shillong)
(Nandaris Marwein is an Assistant Professor at the School of Social Work, Martin
Luther Christian University)