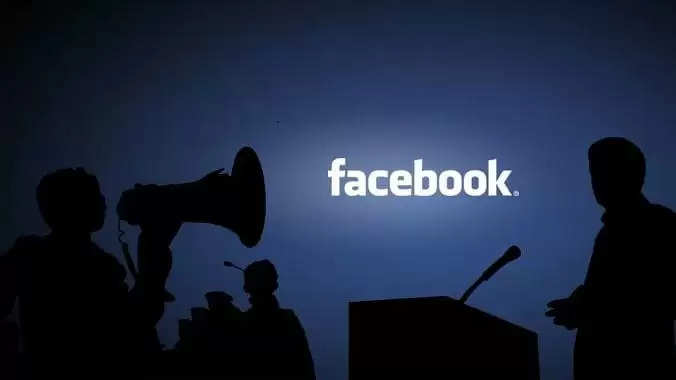 The recent Netflix documentary - The Social Dilemma provides a strong inference that social media platforms such as Facebook have transitioned into algorithmic designs capable of altering social psychology and behaviour, beyond just providing networking opportunities. This means that things we witness online, which prod us to shape our political opinions in a certain way, exist not by chance but due to a purposive design.

With regards to this, the allegations on Facebook for siding with India’s ruling Bharatiya Janata Party (BJP), propagating hate speech and resignation of the firm’s public policy head in India, Ankhi Das, has become significant in understanding how hate speech and collusion of big-tech like Facebook vitiates policy-making in India.

In a study on propaganda after the first World War, political scientist Harold Lasswell defined it as a “technique of social control.” He further identified three key actors in propaganda – first, the propagandist, a specialist in communication and skilled with techniques of social control; second, the principal, the one who finances the propagandist, and third, the laymen, whom the propagandist seeks to control. The idea that Laswell was propounding in the early 20th century was around political communication in which Laswell saw the role of propaganda in a positive light. But since the time of Lasswell’s writing in the 1930s, the concept, as well as the connotation of the word, have changed drastically. Post second World War, propaganda has been synonymous to sinister characters like Goebbels and Stalin, and more recently it has been associated with big tech such as Facebook. Some have even referred to Facebook as the ‘greatest propaganda machine in history.’

Also Read: EDITORIAL | Media- Fourth Pillar of Democracy: Does that count for something?

The jury on such assertions is still out but if we take a Lasswellian approach, Facebook and its algorithm can be categorised as an effective tool in the hands of a propagandist. When Lasswell was writing, he could not have foreseen such a technology thus, it would require a fair bit of imagination to see Facebook as a tool for propaganda and at times, as a propagandist itself. But witnessing the impact and the scrutiny the platform has gone through, especially post 2016 US Elections, such arguments won’t be a stretch.

The advent of social media platforms has brought a new form of what Jurgen Habermas defines as ‘public sphere’ (Öffentlichkeit). A public sphere has an important place in policy sciences because public sphere acts as the arena where public opinion is created through a synthesis of common ideas, which then leads to political agenda-setting and effectively shaping the policy of a country. This new public sphere created by social media is much more accessible and inclusive than all earlier public spheres like coffee houses, panchayats etc. which were not all-inclusive for all sections of the society. This inclusivity, while positive for deliberative democracy and public policy, has one large negative externality – a significant group of people who can easily be manipulated and controlled by propaganda tend to spread misinformation through their posts, shares, likes, and comments. It is this potent mix of a largely susceptible population as part of the public sphere and ideal propagandist technology, such as Facebook, which can be used to harm policy-making processes and even subvert democracy in the country.

In this background, the resignation of Facebook’s public policy head is to be examined. The controversy around Facebook propagating hate news also comes at a troubling time when the basic values of democracy in India are under scrutiny. Investigations by the Wall Street Journal and the Time magazine suggested that Facebook’s Ankhi Das had intervened on several occasions to block the removal of hate speech for “business prospects” posted by BJP members. At the same time, a data-backed report by Sweden-based V-Dem Institute suggests that Indian democracy is on the verge of a steep decline, due to the impinging of press freedom and free speech, where the country is heading towards autocracy. This prods us to look at whether the online space is being vitiated through hate speech where agenda-setting tactics are both political and supported by big tech firms like Facebook.

In India, hate speech is generally defined and penalties for the same are given in the Indian Penal Code (IPC) in Section 153A, 153B, 295A and 298. But specific laws for limiting hate speech online is defined in the Information Technology Act, 2000. Section 69A of the act empowers the centre to remove public access of information if there is reason to do so. Section 79 of the act calls social media platforms as ‘intermediaries’ where they can host content but not be speakers on the same. Under this section, the intermediaries are exempted from any responsibilities of third-party content even if it is against the nation’s laws. In India, for big tech like Facebook, this is the applicable law. Since such platforms are also not classified as per any legal framework, firms like Facebook prefer functioning as platforms as opposed to publishers to avoid any media laws being applicable to them. They also maintain community standards against hate speech as a self-regulation mechanism which they expect general users to follow. Facebook in its community standards makes it explicitly clear that it does not allow hate speech on its platforms.

However, these frameworks are problematic not only because it is easy for Facebook to get away with almost anything but also because the exercise of discretion is often selective by either party. For instance, in the case of Shreya Singhal vs Union of India, the Supreme Court ruled that intermediaries must only take down content on the directions of a court order or the government and its agencies, not on grievances and complaints raised by users. This further strengthens the case of a platform like Facebook. Similarly, Section 69A of the IT Act works only when the government asks the intermediary to take down content. Firstly, at present, there is no official monitoring institution which aids the government in understanding the range and kind of hate speech online and hence essentially the government cannot ask for pulling down of required content always. But secondly, and more importantly, will a government still ask for pulling down of content if the violation has been committed by its own party members? With certain political ideologies at the helm, people are more likely to see only certain types of content online. This is where the agenda-setting kicks in.

In a report by the Indian Express, before the 2019 elections, 14 out of 44 pages flagged by the BJP were taken down by Facebook on BJP’s complaint that they were against the party and were carrying misinformed posts. Some of them simply supported journalists like Ravish Kumar or posted Alt News fact checks. On the contrary, BJP asked 17 deleted pages to be reinstated, which were back on the platform following the request, despite the fact that all of them shared content from Postcard News, a website whose founder was arrested in 2018 for promoting “fake news.”

This shows us two instances. One, where policy narratives towards the public are controlled by political parties to define what people should see and base decisions on. And second, where powerful firms like Facebook try to give in to such narratives because enforcing standards against the dominant party may hurt “business prospects.” With hate speech and related-crimes on the rise, social media platforms, by being the new ‘public sphere’, harbours an enormous power to drive people’s political decisions and perceptions. Choosing a political bias is hence as problematic as hate speech in itself.

The amalgamation of a weak legal framework and questionable corporate and political ethics has not only led to an excessive rise of hate speech in the country but has also helped hate speech act as political propaganda. This propaganda, with the help and enormous reach of social media platforms, has entered in the public sphere and through it into the political agenda which has especially been noticed during elections. The combined effect of this would be in the formulation of policies because agenda setting is fundamental to the policy-making process, thus, a vitiated agenda-setting process affected by hate speech propaganda would lead to a vitiated policy not backed by rational democratic deliberations but by political propaganda backed by hate speech and misplaced priorities.