OPINION | The way forward after COVID-19: Is there a light at the end of the tunnel? 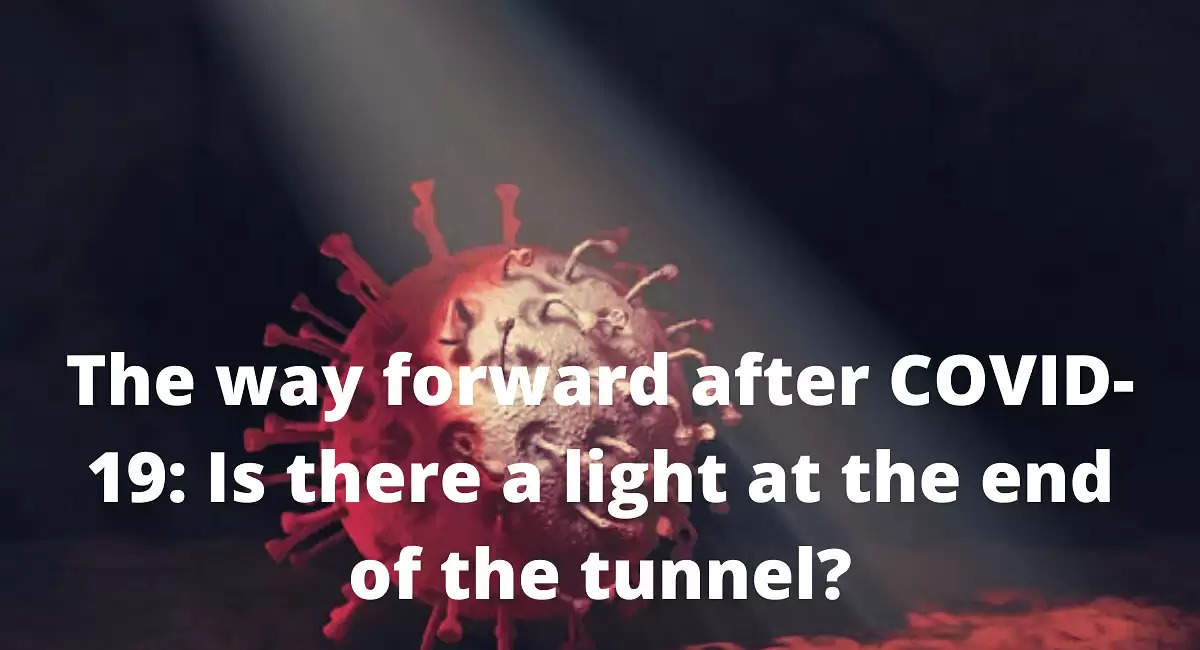 The COVID-19 pandemic does not discriminate people based on their class, gender, and ethnicity. However, it has inevitably exposed the socio-economic disparities existing in our society.

It demonstrates the power of privilege to different sections of society. The most vulnerable will bear the maximum brunt of it. People from low socio-economic backgrounds are unlikely to have the required financial capital and/or the physical capacity to make self-distancing and self-isolation a viable option in the light of their everyday lives.

The pandemic, if not managed properly, would have far-reaching economic and social consequences, which would widen existing inequalities and further weaken the world's efforts to achieve the Sustainable Development Goals (SDGs).

With human rights out of the window and millions affected without food, water and shelter, we have to move fast in an attempt to provide justice to all.

In just a few months, everyone's horizon has shrunk and shortened. This is definitely not ideal for achieving the SDGs, because even before this pandemic, the world was lagging behind in its attempts to achieve them. And now the present crisis has simply worsened the situation.

The Secretary-General of the United Nations (UN) António Guterres said that "When we get past this crisis, which we will, we will face a choice. We can go back to the world as it was before or deal decisively with those issues that make us all unnecessarily vulnerable to crises."

A recent study conducted by the Asian Development Bank shows that the epidemic could lead to a net loss of US$ 16-43 billion in the Asia-Pacific Region, excluding China. The current focus of governments must be to look after the needs of its citizens, especially the poor and the vulnerable. However, the governments must not lose sight of the SDGs.

The pandemic has caused deaths of roughly 4,19,090 people worldwide as of June 11, 2020. Despite severe measures like lockdowns and quarantines, human life has taken a beating. Though these measures were necessary, they have had a colossal impact on SDG-8 (decent work and economic growth) and SDG-9 (industry, innovation, and infrastructure). With migrant workers left stranded on streets, and daily wage earners left with no money and food, these two goals are far out of reach.

Access to health services in some countries, including essential primary healthcare, is contingent upon insurance and user‐pay systems that automatically make these services inaccessible to the people most at‐risk. With the private sector gaining control over medical services in most countries, the poor and underprivileged are out of the loop more often than not.

With every country scrambling for disposable gloves and masks, the waste generated due to their excessive use would harm the environment negatively and increase carbon emissions which adversely affects SDG-12 (Responsible Consumption and Production).

Sanitation, frequent hand wash, high consumptions of detergents and disinfectants may affect the quality and quantity of water. Moreover, the effluents can cause water pollution. This has a detrimental effect on SDG-6 (Clean Water and Sanitation) and SDG-15 (Life on Land).

Additionally, several schools have shut down due to social distancing norms which hit SDG-4 (Quality Education) quite massively. Moreover, many schools, both public and private, have opted for online learning using platforms like ZOOM and YouTube. However, the authorities fail to recognise that roughly half of the world's population is without access to the internet, and this creates a larger divide by leaving behind the poor and underprivileged students.

With businesses and offices being forced to shut down, the economies have come to a halt. The service sector has moved from physical workstations to digital workspaces, thus, increasing the reliance on digital connectivity by tenfold says, Dr Nilanjan Ghosh, Director of Observer Research Foundation, Kolkata. He says that a large portion of the service sector in developing countries comprises casual labourers who are not featured in the digital space. It will not be an easy task to accommodate them in the digital atmosphere due to a variety of reasons. Such inequality in opportunities would obstruct the progress of SDGs 1, 2, and 10 regarding poverty, hunger, and inequality.

He expressed concerns about the progress of SDG-16, which talks of peace, justice, and strong institutions. The pandemic has led to a distorted sense of justice wherein the Supreme Court of India initially ignored the plight of its citizens. But due to concerted efforts of several human rights activists, including lawyers, it has finally come to their rescue. Justice AP Shah told in an interview with The Wire that he was"disappointed" by the functioning of the Supreme Court of India. It is imperative for sustainable development "where no one is left behind" that justice becomes a norm for everyone, especially for the most marginalised and underprivileged.

Kate Lappin, Regional Secretary for the Asia and Pacific Region at Public Services International (PSI), talked about how COVID-19 will have a detrimental effect on the hopes of nations for sustainable growth. However, she professed that the SDGs can be a useful tool to combat its destructive impacts both now and in the future. She believed that it would help us to better plan integrated responses to make the most of the synergies between the different objectives.

Kate Lappin very aptly reiterated Winston Churchill's famous statement, "Never waste a good crisis." Undoubtedly, the road ahead of this crisis will not be easy, but this crisis can prove to be a gateway for change in our society and allow us to shape our future. Kate also said that a lot of intervention is needed in the countries that depend on private healthcare to make it more public friendly. Drug prices are substantially higher in countries whose health sector is largely privatised in comparison to countries that have a public healthcare system. And therefore, private healthcare costs a lot more on people's pockets than public healthcare.

"A key issue is whether the world returns to the 'old normal' – which places many countries on a path that is not compatible with attaining several SDGs, or on a 'new normal' that holds on to the adjusted practices that are good for sustainable development," said UN's Assistant Secretary-General, Kanni Wignaraja. The roadmap to achieve that "new normal" is to align our practices with Development Justice and Green New Deal.

Kate added that with the rise of privatisation and reductions in government spending, the idea of public health and welfare of society has gone for a toss. Due to the advent of neoliberalism, all our essential entities like water, energy, education, and medical facilities have been converted into commodities. The private health sector is dependent on the ill health of the people to make a profit. Governments must fulfil their core duty of public welfare, and for this, they must control the capacity to decide the industrial setup to ensure self-reliance. Profiteering from an illness must come to an end, stressed Kate.

She advocated that de-carbonisation and energy democracy will pave the way for environmental justice. Energy democracy can be achieved by technological transition and public participation in the political, economic, and social arena.

An increase in demand for food leads to deterioration of the land and water resources. The impact on the environment is quite severe. So Kate suggested agro-ecological food systems. Agroecology focuses on the relationship between plants, livestock, humans and the environment. Agroecological activities draw on these experiences, introducing novel approaches that utilise and conserve biodiversity.

A crucial part of sustainable development is food sovereignty. It is characterised as the right of people to safe and culturally acceptable food provided by environment-friendly and sustainable methods and the right to establish their own food and agricultural systems.

While some SDG gains have been eroded, this should not deflate our energy. They should rather spur us to accelerate and deepen our efforts during this decade of action to build a healthier, safer, equitable and a more prosperous world.

"With the right mix of economic policies and fiscal stimulus, investments in healthcare and social protections, we can move to recovery pathways that do not take us back to the same levels of waste and pollution, inequality and joblessness, but ensure greater economic, environmental and social sustainability". These golden words by Kanni Wignaraja are our key to success and a just future.

The authors are the students of Indian Institute of Management (IIM) in Indore, India and part of the internship at CNS (Citizen News Service) currently.

DISCLAIMER: This is a personal opinion. The opinion expressed in the article above belongs to the writer alone and TNT- The Northeast Today may not endorse the same views.