‘Everything but education’: NEHU drops 10 places in 2021 NIRF rankings

Parameters of the latest NIRF rankings show that NEHU is in a critical condition. The university, which is struggling amidst multiple irregularities off-late, was ranked 15th in the 2016 rankings. Ever since, it has fallen off a cliff. 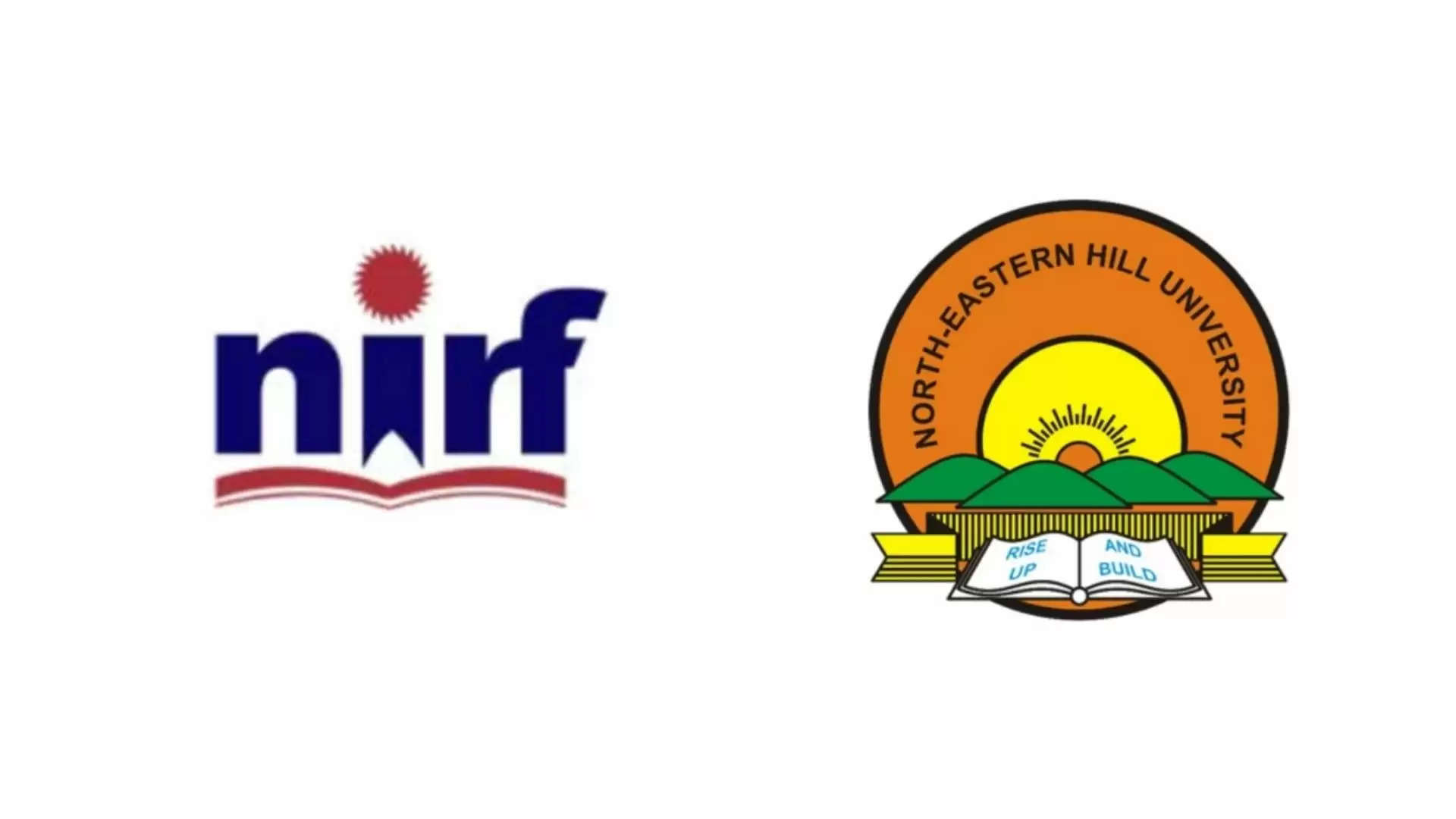 (By A.H. Sarah and Anirban Paul)

The National Institutional Ranking Framework (NIRF), under the Ministry of Education, published its 2021 rankings of Indian colleges and universities this week.

While the top ranks are unsurprisingly dominated by premier universities, including Indian Institute of Science (Bengaluru) and Jawaharlal Nehru University (New Delhi), the North-Eastern Hill University (NEHU) in Meghalaya fell ten spots to the 59th position this year.

For those who have followed the dramatic events in the years of NEHU’s existence, especially in recent years, the fall in rankings of Meghalaya’s primary central university does not come as a surprise.

Since its inception in 1973, NEHU has been an important regional institute of higher education in the Northeast. It has been the alma mater of notable people, including former Chairman of Union Public Service Commission David Syiemlieh, renowned academician Sanjay Barbora and current Minister of State for Electronics and Information Technology Alphons Kannanthanam.

But through the years, it has been embroiled in ceaseless controversy — either relating to its faculty or its administrative bodies.

Once an institute that promised excellence in education to tribal students in the region, it now functions as a slothful central government bureaucracy, with its appointments of vice chancellors in particular, often fraught with controversy.

“I was a student under NEHU for four years. For us (the students), this is the most we aspire to here in Meghalaya. But in my time there, everything happened in the university except for education,” Leon Kharmawphlang*, a post-graduate student of NEHU, said.

Take, for instance, the year 2010. This was the time when Pramod Tandon was nearing his term expiry as vice chancellor, and was locked by his own faculty in his office for non-payment of salaries.

Soon after Tandon, in the same year, students were forced to conduct a black-flag protest against the appointment of the next vice chancellor A.N. Rai, who was previously embroiled in a recruitment controversy in Mizoram University.

Since then, on and off, NEHU has become a dumpster for already-disgraced leadership or those with aspiration of corruption.

In 2018, amid complaints of deteriorated hostel facilities for research scholars, delayed results, and exploitation and mistreatment of students, some 200 contractual employees of the Tura campus went on strike for non-payment of dues.

Parameters of the recent NIRF rankings reflect the financial storm that the university is currently under. Under the head ‘Financial Resources and their Utilisation’, NEHU scored 6.97 out of 100, down from 10.09 last year.

In fact, ever since the NIRF rankings came into being, NEHU’s financial efficiency has seen a constant downward slope.

“There is a large disconnect of the faculty members with the management. There’s a certain level of apathy from the management, members of which have not been distinguished enough in the past to run a large university like NEHU. They come in as academicians apparently but leave as crorepatis,” Charlton Chakma*, a faculty member at NEHU said.

“University is supposed to be a free space for exchange of ideas. As a faculty member, the least we desire is professionalism for future growth which we can even extend to our own students. That is missing today. The management and the faculty are always at polar ends. They see their own benefits. There is a point till which we can argue before we give up,” he elaborated.

“It’s just not the management. There are equally problematic faculty members as well who have secured favours for their appointments or promotions. There is a long list I can talk to you about, but in short, we are in a really bad state from all sides,” he highlighted.

The lapses in administration and faculty particularly peaked after the 2019 pandemic forced all educational institutes to shut down in Meghalaya. For NEHU, whose student and faculty cohort come from all parts of Meghalaya, online education did not turn out to be conducive.

“Many students in my batch come from rural parts. They could not attend online classes due to bad or no internet and hence, did not sit for exams. Students across the country are struggling due to this, but at least some universities are trying to find a solution. We have not been so lucky here,” Edwina Challam*, a second-year post-graduate student of political science, said.

Today, two years into the spread of the novel coronavirus disease, NEHU is yet to find a solution for offering stable services and resources to its students and faculty.

‘Teaching, Learning and Resources (TLR)’, another parameter under the 2021 NIRF rankings, has significantly dropped for NEHU as compared to last year and the year before.

In 2020, the administration removed a well-known professor, Mala Renganathan, who was the head of NEHU’s oldest department, the English Department.

Renganathan, had gotten into the bad books of the management for challenging the functioning of the university in its lack of support to students, who were expected to seamlessly shift from offline to online education without any leniency.

Students had to protest an experienced Renganathan’s unexpected ouster in the middle of an academic term, which further affected their learning.

Under the last vice chancellor, Prof. Srivastava, the university went a step ahead with things unheard of before. Faculty members were being threatened at their homes, student welfare was disregarded, and administrative duties were shirked.

This is not to mention the periodic cases of sexual harassment by faculty and administration directed toward students and research scholars.

NEHU’s drop in rankings is testament to the subpar administration in recent years. After months of delay in appointment of a new vice chancellor, the university will now be headed by Prof. Prabha Shukla, who inherits a broken system plagued by dereliction of duty, abuse of students, a lack of commitment to education, and a near absence of transparency and accountability across the university.

NEHU is now a particularly unsafe and unproductive institute of knowledge for local students and faculty, defeating the primary purpose of its establishment in the tribal heartland.

“Classes and assignments are a joke, especially now. I have tried to adapt to the system but I see my peers blatantly copying material from Wikipedia, personal blogs and sometimes even from Facebook pages. Yet, almost no one is caught or pulled up for plagiarism. Leave aside, the quality of assignment,” Daisy Chettri*, a second-year at NEHU, said.

“I hear from my friends that teachers in other departments do not even take classes sometimes. Who is responsible for all this? Is this the quality of education of a central university? What kind of jobs will we get in the market tomorrow?” she added.

It’s not unusual for Meghalaya, and other northeastern states, that some of the finest local talents—students and teachers—leave the state disillusioned and settle in institutions outside that are not only more serious in their pursuit of knowledge, but offer a far more professional environment.

More and more, NEHU has become a place where students’ dreams are chewed and spat out, or where students simply do not go. With these falling standards—from its education to its administration—is NEHU simply a lost cause that should be abandoned, or will its new leadership drain the swamp and stop larger states in north and south India from absorbing bright and young minds of the Northeast?

(*name changed on request of anonymity)