EDITORIAL | Withering freedom of the press in Northeast India 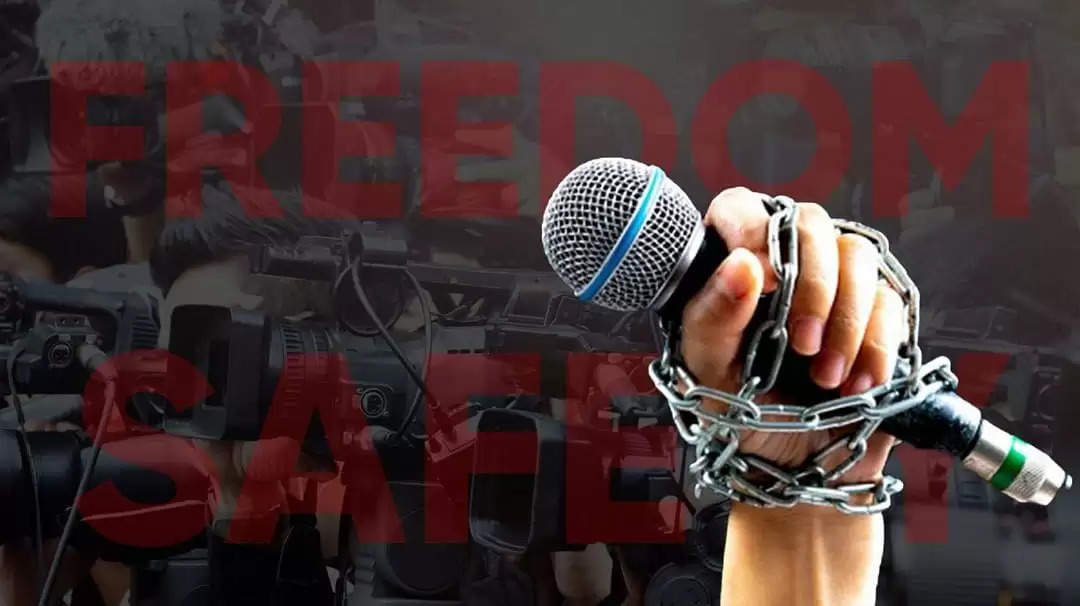 One would not be wrong if he/she were to say that journalists in Northeast India are always under the scanner and are often targeted for one thing or the other. For instance, the recent arrest of two journalists in Assam is yet another shining example.

Police arrested the two journalists on February 17 for apparently sharing a photo of Assam Minister Himanta Biswa Sarma alongside his daughter with “salacious intent.”

That the case was registered under the POCSO (Protection of Children from Sexual Offences Act, 2012) for the “salacious news article about an honourable minister of the government of Assam and attempts to malign familial bond” only proves that freedom of the press is being overlooked and undermined.

While we can’t be too sure of the content, the frequent arrests and the number of cases piling up against journalists in the Northeast can be quite disheartening.

Also Read: EDITORIAL | All eyes on GHADC polls: Will things change for the better?

It has become a trend for politicians and those in power to slap lawsuits against journalists who write anything against them, especially in states like Assam, Tripura and Manipur.

Last month, the arrest of two journalists in Manipur drew cries of outrage across the Northeast and the country, even as the media fraternity and citizens questioned the tactics adopted by those in power to stifle the voices of dissent.

According to the 2020 World Press Freedom Index, India ranks 142 out of 180 countries in world rankings.

In Tripura, news of miscreants attacking media houses raised several questions on the type of security being provided to journalists in the region.

Being threatened and abused for their opinions and stories is something almost every journalist goes through and is not just limited to the Northeast region.

To misuse and abuse one’s power to undermine someone else’s profession or opinion cannot be tolerated.

However, that can only be a phrase in the long list of things a leader should and should not do because, despite several appeals and requests, nothing seems to change.

To serve a healthy democratic environment, we need the fourth estate to work efficiently.

For now, we can only hope for a better future and a better work environment where people can learn to respect an opinion.