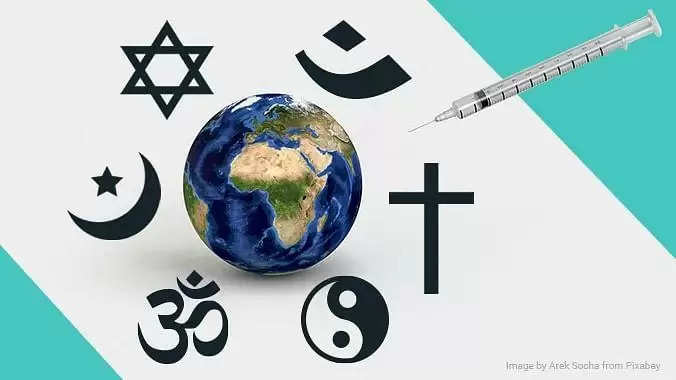 FROM THE EDITOR's DESK

A year following the outbreak of the virus, companies are now in a race against time to develop vaccines while countries are scrambling to secure enough doses for citizens.

As predicted by several experts, acquiring enough vaccines may prove to be a hurdle for several countries.

However, there is also another underlying problem many fail to acknowledge - "religious sentiments."

For instance, news reports have surfaced of Muslim clerics who have voiced their concerns on whether COVID-19 vaccines are permissible under Islamic law.

Thus, questions about the use of pork products banned by some religious groups have raised concerns about the possibility of disrupted immunisation campaigns.

Also Read: EDITORIAL | Is corporate welfare even a term?

It is a widely known fact that pork-derived gelatin is commonly used as a stabiliser to ensure vaccines remain safe and effective during storage and transport.

So this question is, will this fact prove to be enough to interfere with the vaccination campaigns in Muslim-dominated countries?

According to the representatives of Pfizer, Moderna and AstraZeneca, pork products are not part of their COVID-19 vaccines. However, pre-existing deals with other companies means that some countries with large Muslim population will receive vaccines that have not yet been certified to be gelatin-free.

Meanwhile, there have also been reports concerning a few Christian communities who are of the view that vaccination interferes with the "Divine Plan" - the belief that every person's fate has been predetermined by God.

In short, to ensure successful vaccination campaigns, governments must adopt proper ways to spread awareness and information to lay all doubts to rest.