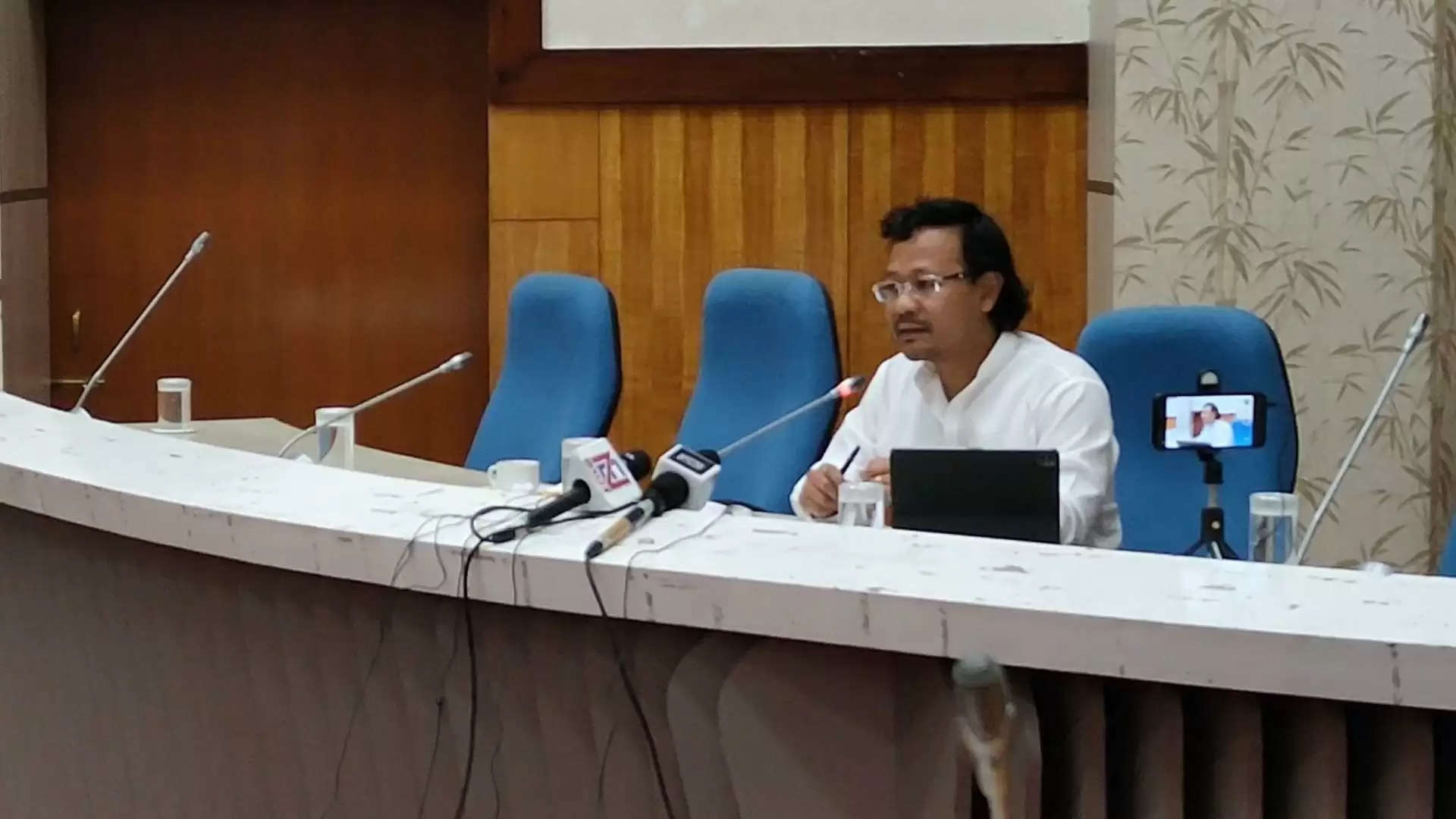 A select few have spread a lot of assumptions and exaggerations to gain undue political mileage, said Meghalaya Power Minister James P.K Sangma as he dispelled all charges of corruption levelled against him and the Power Department.

Addressing a press conference on Friday, Sangma said that though he understands and empathises with the concerns raised, “the approach taken by the concerned people is misdirected.”

Referring to the power cuts, Sangma said that the income of the Meghalaya Energy Corporation Limited (MeECL) that comes from bills every month makes up just Rs 75 crore on average.

“However, on the expenditure side, the MeECL spends Rs 120 crore every month, which means that the corporation incurs a loss of Rs 45 crore on an average every month,” he said.

He stated that the highest amount of liabilities that the MeECL has is from the purchase of power, which it is bound to fulfil, because of “improper agreements” that were signed in the past by the previous governments with PSUs like NEEPCO, Power Grid and the National Thermal Power Corporation (NTPC).

“We understand (that) we need to finish making these payments as fast as possible so that concerns like power cuts do not arise. Currently, we are paying Rs 65 lakh per day to NEEPCO, Rs 50 lakh per day to NTPC and Rs 6.5 crore per month to Power Grid to ensure that power supply remains uninterrupted,” Sangma said.

The Power Minister said that MeECL also incurs a loss from the payment of retirement benefits which the previous government had failed to pay.

“Now, this is not something I would like to consider a loss as our employees toil hard for making the MeECL a successful organisation. But unfortunately, the previous governments were legally supposed to make payments to the tune of Rs 840 crore for the retirement benefits of employees. However, despite assurances, they failed to do so. The payment is currently being made by our government,” he said.

Sangma said there are other external factors “preventing us from having healthy financials.”

“Because of the negligence of the previous government, loss of power which has resulted because of weak or broken wiring is about 32 to 34 per cent. It is the highest in the country, which is really unfortunate,” he said.

According to the Power Minister, to compensate for these losses, MeECL has to pay a higher amount of money for the total required power so that it can adequately distribute it to the consumers.

“For this, the government received a Rs 893 crore grant from the Asian Development Bank (ADB),” he said.

“To clear the air of confusion once and for all, the amount is a grant and not a loan for MeECL and hence, we do not have the obligation to pay this back. Through this grant, from an average loss of power of 32 to 34 per cent, we plan to reduce it to 12 per cent,” Sangma asserted.

Taking a dig at the Opposition Congress, the Power Minister said, “It is very unfortunate to witness the attempt by politically motivated sections to misinform the public by strange stories based on hearsay around the smart meter.”

Sangma also voiced his suspicion of an organised “anti-smart meter conspiracy” based on vested business interests.

“Such groups have been accustomed to the unscrupulous means of conducting business, whether it is power theft or meter tampering,” he added.

Clearing the air of confusion over the installation of smart meters, Sangma said that under the current power ministry, over 3.23 lakh new consumers were added since 2018.

“Here is where the smart meters become beneficial, given the improvement in metrics,” he said.

According to him, the smart meters will solve the long-standing issue of low billing efficiency.

Currently, Meghalaya has the worst billing efficiency in the country, standing at 72 per cent only.

“This means that 28 per cent of the consumers do not receive their bills in time, resulting in non-collection of payments,” he said, adding that this is also because remote villages are often inaccessible by linesmen.

Sangma asserted that by improving billing efficiency and collection, there would be a greater inflow of revenue for the MeECL.

“Smart meters will also keep tabs on tampering and theft. Consumers will receive the bills on their mobile phones. Consumers will be able to check their usage and consumption, and have multiple options to pay bills as per their convenience,” the Power Minister said, adding that the feature would reduce the “non-collection of revenues.”

“This is also a call to all misleading political elements to help the government by engaging in constructive dialogue for finding effective solutions and not merely manipulating the public,” Sangma said.