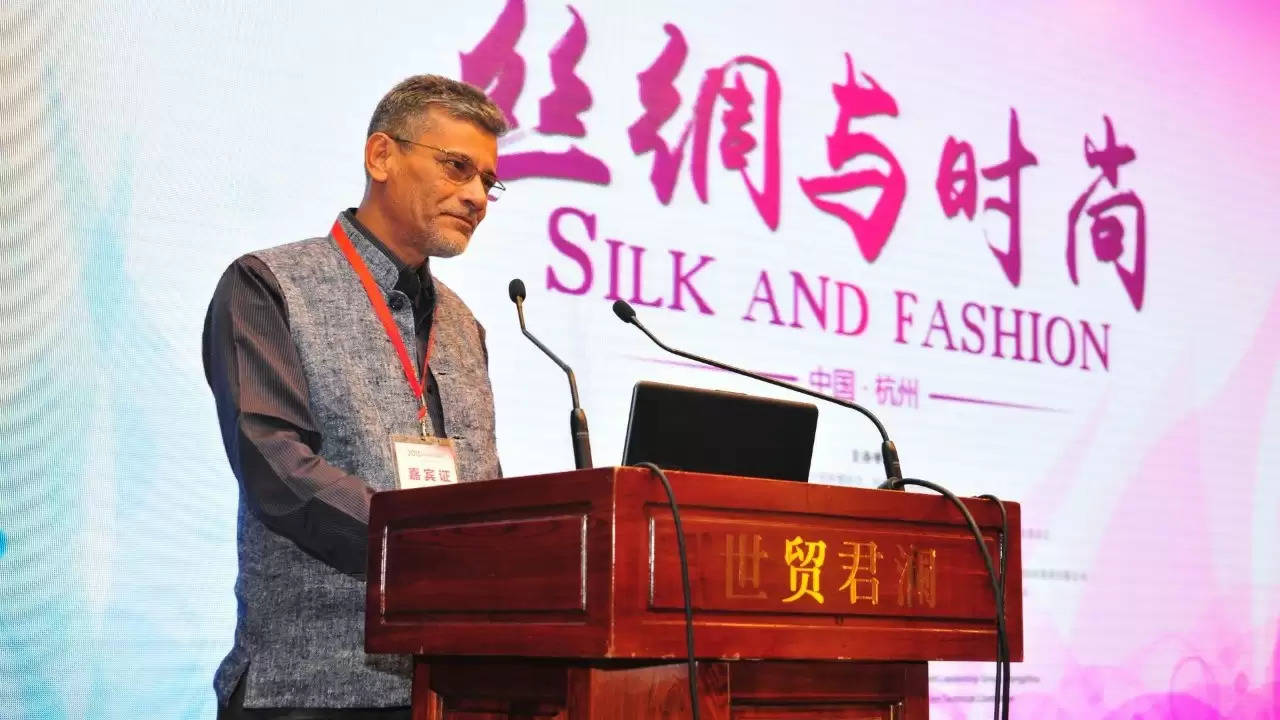 Known as the Textile Revolutionary of Assam, Social Entrepreneur and Technocrat Dilip Barooah was the pioneer in Eri Silk and a beloved guru to his friends and family. His philosophies and work resonated not only with the people from Assam but worldwide. He passed away a year ago on the 19th of August, but his spirit continues to shape and design the Indian textile landscape.

Dilip forged a relentless exploratory journey into textiles in his twenties, which paved his way into Bombay’s spinning mill economy. He was soon recognized by the Bombay textile industry and was raised to the top rung of an executive ladder. His academic efforts were translated effortlessly into work environments but something seemed amiss. Being a manager and entirely responsible for the operations for these leading factories in India never truly satisfied him. Needless to say, his philosophies didn’t align as he decided to take up consultancy for other textiles firms across the city and offer new perspectives to align their businesses with. As per the old adage, Dilip made more opportunities for himself than he could find, which enchanted him across the globe to Germany, Vietnam, China and South Africa, where he settled and established himself to great acclaim.

Looking back, his colleagues and friends fondly reminisce about the days with him during college. He was the brightest amongst the batch, a disciplined learner and one could safely say the strongest too. Initiated into yoga and martial arts at a very young age, even having students of his own,  Dilip’s physical stature had a statement of its own. Any room that he would enter would immediately turn heads and charm its occupants. He remained unbeaten in arm-wrestling through his life. His strength in mind and spirit rendered through his body to evoke a charismatic personality that inspired those around him. Sure, there were those who were intimidated as well. A seemly example would be that of his encounters with local groups which provoked him to no avail, disappointed when he couldn’t be bribed. Various other organisations which strode with unlawful pride would eventually fail at their attempts too. Sometimes fleeing from the premises at the sound of Dilip’s scram signals. To run your own enterprise in the Assam during a time when nefarious activities are widespread wasn’t easy.

As the post-apartheid unrest prevailed in South Africa, Dilip fought for a safe environment for his operations as well as his family. Fate had other plans for him bringing him back to India. He founded Fabric Plus in 2003 out of a small office in Bombay and thus began the beginning of a revolution. His diligent work in promoting textiles and handicrafts fructified in a pioneering facility, the first of its kind Eri Silk spinning unit in Assam and the world. As a pioneer in Eri Silk spinning technology, he transformed the textiles landscape in the North East of India and promoted handloom and traditional textiles worldwide. His contribution to this field enables over 1,50,000 rural farmers and artisans today who benefit from a vast supply chain, increasing the economic value of the indigenous raw material that is Eri Silk over ten-fold while also establishing perception of it as a truly sustainable natural textiles, a logical alternative to combat the global climate crisis.

Dilip’s novel innovative approaches helped in conducting strategic R & D to tweak existing machines in order to convert eri silk cocoons into yarns the world had never seen before. The market soon learned to appreciate this valued alternative and as its appreciation grew, so did Fabric Plus’ market. Exporting to companies such as Emporio Armani, Hugo Boss, Just Cavalli, Chopard, Hermes and Moschino among other brands, Dilip led the revolution to become the face of North East Indian textiles. He aligned his philosophies with the work of his enterprise to prioritise women employment and help in enhancing the socio-economic fabric of the lives he touched. A region once tormented by the lack of economic development and job security now sees their women folk cycling to work and heralding better economic capabilities and professionalism. Yarns produced by Fabric Plus have now become a staple for hand-weavers across the region, transforming the textiles sector at large. His contributions were not limited to India alone. He worked closely with the United Nations in developing the silk supply chain in the African countries Kenya and Ethiopia, which currently benefit from his novel interventions to help manufacture and supply Eri Silk globally.

There has been much written about the social initiatives and enterprises Dilip has set up but it’s also worth highlighting the personality that he was. Coming from an extremely humble upbringing, in an obscure town of India, he rose to prominence globally and returned back to promote the cherished resources and values of his heartland. He may not be here with us today, but his work and impact continue to inspire and offer us a unique vantage point. His peers continue to study his models and reflect upon his message, while incidentally imitating his traits. But as eccentric as he was, he is irreplaceable too. He stands as a testament to the strongest of human will and action to transform society and awaken within its participants their inherent power of change.