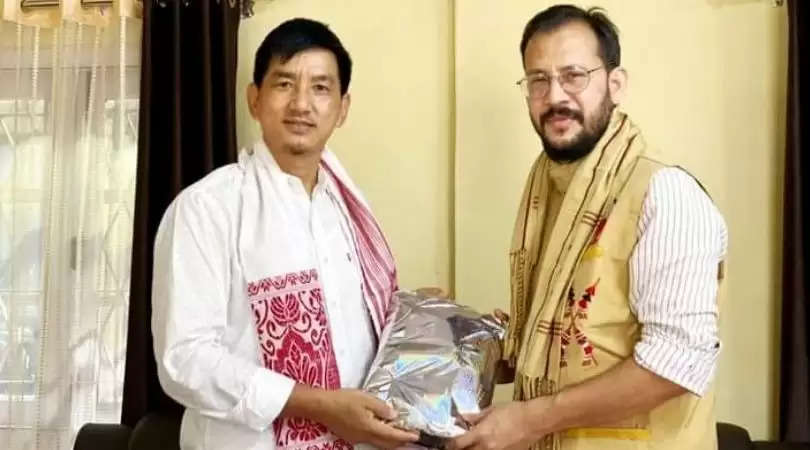 Amidst the rising border tension in various parts of Northeast India, an interstate border district coordination meeting between the administrative, police and forest officers of Dibrugarh in Assam and Tirap in Arunachal Pradesh was held at Deomali Sub-division of Tirap District on Friday.

The program started with the felicitation of the Deputy Commissioner of Dibrugarh with a traditional Nocte Coat by the DC of Tirap. The latter was also felicitated with an Assamese Gamusha by the DC of Dibrugarh.

A goodwill meeting was held between two border districts of Assam and Arunachal Pradesh where it was decided to maintain status-quo, coordination and cordial relationship between the people of both the states at ground level in the border areas.

During the day-long meeting, various issues pertaining to border areas were discussed such as improvement of road connectivity, illegal timber logging, mining, liquor transportation in which joint patrolling by Assam and Arunachal Pradesh Police, forest officers shall be carried out to tackle the illegal operation of timber and mining in the border area.

While responding to Tirap DC Taro Mize’s requests for interstate travelling and enhancing people-to-people contact to keep the connection intact – Deputy Commissioner of Dibrugarh P. Gopal Jha has assured for early maintenance of route from Joypur to Hukanjuri for better transportation.

In the meeting, it was also decided to conduct more goodwill meetings from time to time to ensure cordial relationships are being maintained.