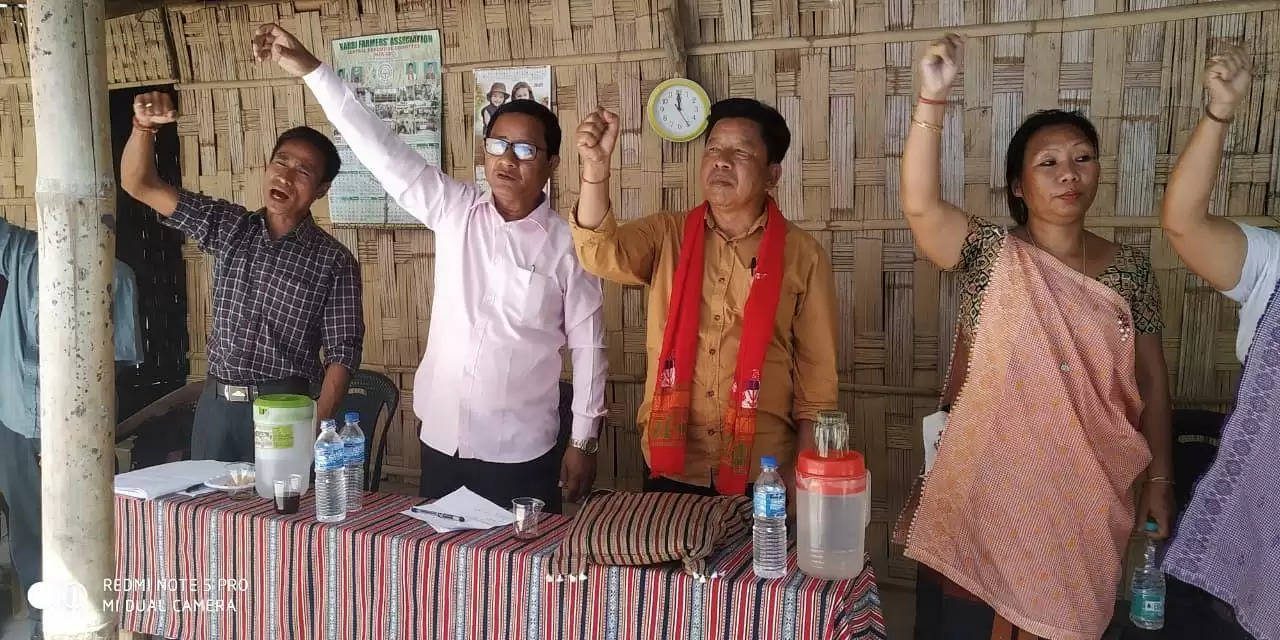 The secretary-in-charge (publicity) of the Autonomous State Demand Committee (ASDC) Daniel Teron, on Friday, said that there is no difference between the BJP and the Congress candidates contesting for Diphu (ST) Legislative Assembly Constituency (LAC).

Teron made the remarks amid candidates switching sides just days before the Assembly polls.

“The one in BJP is now a Congress candidate, and the one who was earlier with the Congress is now a BJP Candidate,” said Teron.

ASDC, a regional party in the hill districts of Assam, has fielded candidates for four (ST) LACs.

“Minister Sum Ronghang was still with BJP till yesterday, but because he was denied a ticket, he changed his party overnight and switched to Congress, while BJP candidate Bidyasing Engleng was a Congress MLA. He joined the BJP during the last Parliamentary election in 2019. He is a new entry in BJP. Why are they changing their party so often?” Teron asked.

“It is only because of the tickets they have changed their minds. Can you guarantee these leaders will not change their party again? They cannot sacrifice for a single day. The ASDC is now 21 years without power, but we are still firm. People will not vote for them.”

Teron also stated that both BJP and Congress camps had developed a division among them, and he is certain that the ASDC will win this time around.

Besides this, Teron questioned the BJP poll campaigns in Assam, alleging them of using public money for campaigning.