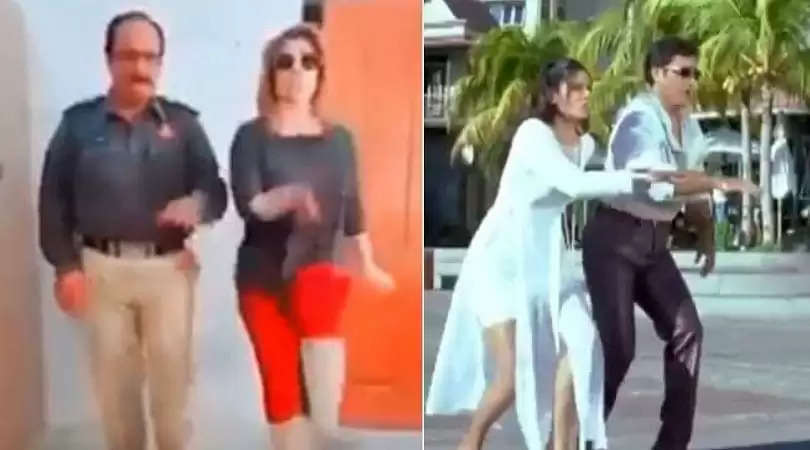 A footage that has surfaced recently from the Pakistan's Punjab area in Pakpattan's Kalyana is going viral on the internet. The video has caused the SHO in the Kalyana area to get suspended from his job. In the video, you can see a Pakpattan officer dance with a woman and as soon as the news reached the DPO Pakpattan Maria Mehmood, the SHO was immediately suspended. Inspector Arshad had to face a blow for shaking his legs with a woman. His video in no time went viral soon enough to reach the authorities.

The inspector revealed to Geo News that the videos were stored on his cell phone but went out when his nephew uploaded the videos on the internet. The video shows an unidentified woman dancing with him on a famous Bollywood track 'Kisi Disco Mein Jaayen…' that originally features Govinda and Raveena Tandon. Apart from this, there is another video going viral of him as well where he is seen reciting movie dialogues from a Bollywood movie Anil Kapoor's 2013 film Shootout at Wadala. "Do waqt ki roti kamata hoon, panch waqt ki namaaz padhta hoon … isse zyada meri zaroorat nahi, aur mujhe khareedne ki teri aukaad nahi,".

With inputs from Latest LY