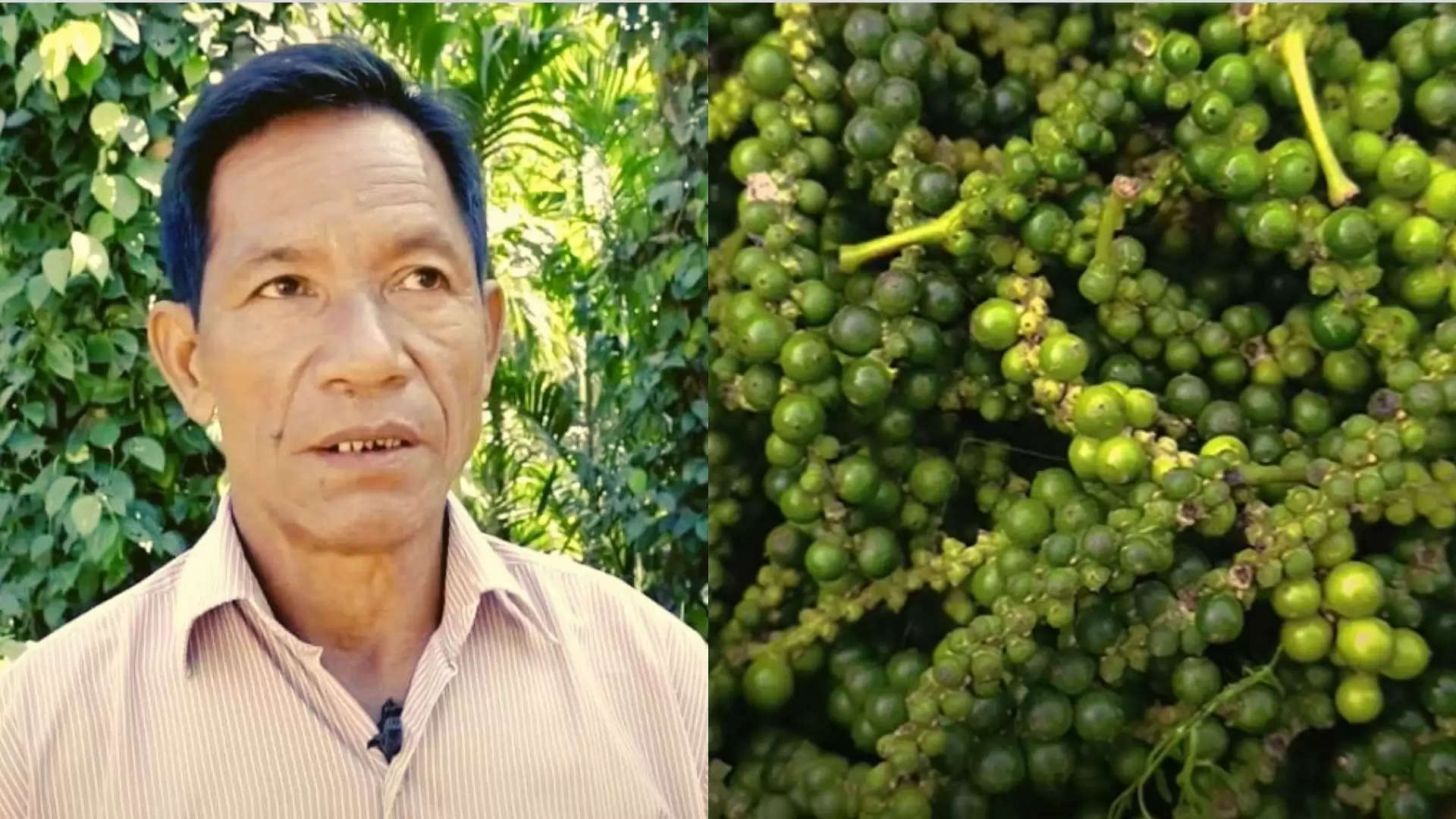 TURA: A farmer from Meghalaya's West Garo Hills district, Nanadro B Marak has been honoured with the Padma Shri Award for his black pepper farming to boost the state's agriculture.

"Shri Nanadro B Marak, an organic black pepper Farmer from #WestGaroHills District, #Meghalaya has been conferred with the prestigious #PadmaShri for his contribution in agriculture in the State. "Many congratulations to him!" Meghalaya Chief Minister Conrad K Sangma extended his best wishes.

His unique method includes growing pepper alongside areca-nut plantation that has optimised the pepper output in his farm.