What does BTS want to ‘BE’: Answer to this question changes every time 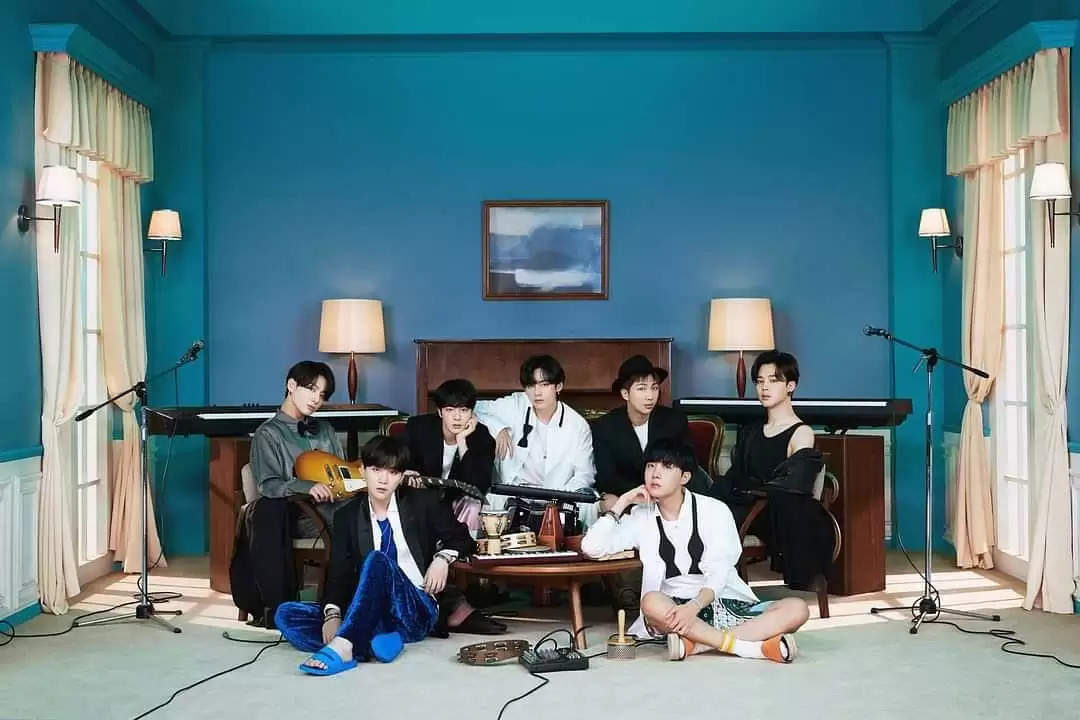 They are cultural icons, philanthropists, fashion influencers, but above all these labels, K-pop sensation BTS are artists who are on a constant quest to be the best version of themselves.

In response to a question by PTI, about what more the group, already one of the most popular bands in the world, wants to be, J-Hope replied that the answer to this question changes all the time.

The septet, whose full name is Bangtan Sonyeondan (translated as Bulletproof Boy Scouts) that enjoys massive popularity across cultures as Beyond The Scene, also completed seven years in 2020 since their official debut on 13th June, 2013 with their song “No More Dream”.

“When I first debuted, the goal was very solid. I wanted to top the music charts and be an artist who would perform at a big arena. But now it has become more fundamental,” said J-Hope.

The 26-year-old said he wants to constantly improve.

He also mentioned, “The position where I’m standing right now is important to me. I have to know who I am and want to express myself through performances and music. That’s my ultimate goal as an artist.”

Life came to a grinding halt in the wake of the coronavirus pandemic in 2020, but BTS, through their recent online concert and other social media activities, has been in regular touch with the ARMY (an acronym for Adorable Representative MC for Youth), a term for their fans, after their ‘Map of the Soul’ world tour was cancelled earlier this year.

Jungkook, the youngest member and the lead vocalist of the band said that 2020 brought a lot of “emptiness and frustration”, so they wanted to contain all these honest feelings in the album “BE”.

“This album doesn’t contain songs that are sad or melancholic. We interpreted these songs in a fun and unique way. I hope we find happiness and endure this together,” said the 23-year-old “golden maknae”, Jeon Jungkook.

Leader Kim Namjoon, stage named as RM or Rap Monster said that for the new album, all members did not only contribute with music but also were enthusiastically involved in the concept, covers, costumes and music video.

Suga, who is recuperating from shoulder surgery, could not attend the press conference but he made a virtual appearance on V Live.

While V turned visual director and Jimin served as project manager for the album, Jungkook directed the music video for the lead single, “Life Goes On” which is currently #1 Trending on Youtube.

V said that he was “nervous” about taking up the responsibility of the visual director. “We wanted to show a really meaningful content to the ARMY. It wasn’t an easy process, but the members and ARMY supported me. We started by taking pictures of each other in our natural selves. When we went on a trip, I took a polaroid camera and took pictures when we were hanging out. RM said how about we take the idea of our rooms and that was what we applied to the concept photos,” said the 24-year-old, V.

Jimin said it was Suga who suggested he should take up the role as the project manager. “I organised the opinions of the members and delivered them to the staff. We talked about the topics we should go with and the keywords ‘Life goes on’ always came up. RM suggested that whatever happens outside, everyone’s lives just go on. We should show how we go on when everything has changed. Everyone thought it was a good idea,” said the 25-year-old, Park Jimin.

Jungkook said he wanted to emphasise the personal style of each member with authenticity.

“I like taking videos in general. So I was given the task of creating the music video. I tried to do my best and reflect the opinions of the members as much as possible. Our tour was cancelled due to COVID-19, and we were not able to meet the ARMY. I wanted to express how unfortunate this situation was. Personally, directing the video of the song ‘Life Goes On’ gave me a dream to create a better music video in future.”

For ‘BE’, the septet, for the very first time, also gave a sneak peek into their process of creating music.

“We used to do tours and concerts before the world shut down. We had a physical connection with the fans but felt we were going to get disconnected from them. So, it’s like a good restaurant sharing their secret recipe. I believe it was the right choice,” said RM.

This album was already planned before the release of “Dynamite”, their first full-fledged English language single that topped the Billboard Hot 100 chart.

“We showed the process of making the album with fans through live streaming and sharing videos. It feels like we made it together with the fans,” RM, 26, added.

27-year-old Jin, the eldest member of the band said, “We focused on the emotions we have right now. We hope people will relate to our candid stories”.

The title of the eight-track album ‘BE’ has an open meaning, Jimin said, so BTS thought it should contain their “rich and diverse stories”.

“Life Goes On” conveys a “simple message but profound truth” about life, followed by “Fly To My Room” about how the idea of travelling will change in future.

“Blue & Grey” addresses sadness and depression, “Telepathy” relays how BTS misses fans, “Dis-ease” is about hope at a time when everyone is grappling with mental health issues, “Stay” talks about how ARMY is in group’s thoughts, and “Skit” is an insight into their conversations when they topped the Billboard Hot 100 chart.

“Dynamite” is also part of ‘BE’ as it has the same roots as the lead single.

“We wanted to have a hopeful, positive finale through ‘Dynamite’ like fireworks ending a concert,” RM added.

BTS is also waiting for the Grammy Awards announcement on November 25 and RM said it would be a lie if he said he was not nervous.

“We always mention this as a goal. We are also waiting for Nov 25th. It would be amazing if we are nominated. I hope there will be amazing news,” he said.

“I hope our name is there when the nominations are announced,” Jin concluded. (PTI)