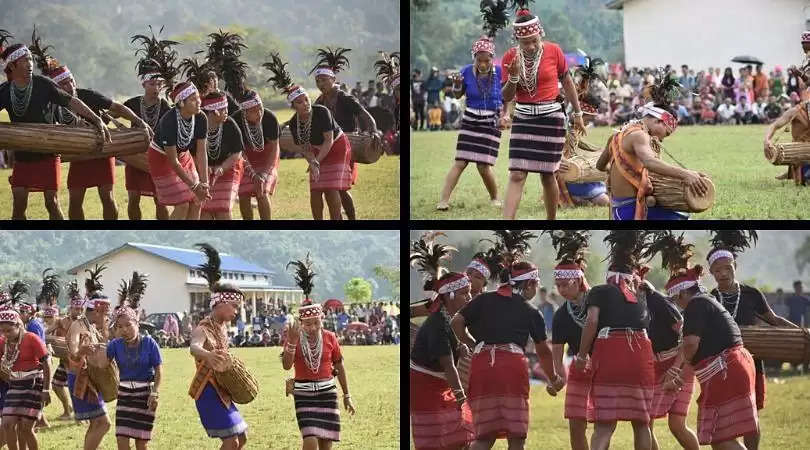 The event saw a plethora of activity, beside of course a Wangala dance performed by troupes from Meghalaya and Assam.

The two-day event, which concluded today, saw indigenous games being promoted along with Wangala and was attended by most of the councilors of the Rabha Hasong Autonomous Council (RHAC), Goalpara MLA, AK Rashid Alom, Dudhnoi MLA, Dipak Rabha and the deputy CEM of the GHADC, Dolly K Sangma, who was also the chief guest of the program.

The area consists of 6 villages predominantly of the Garo community. The event was held at the Derek HS School ground on Nov 15 and 16.

Wangala troupes from West and North Garo Hills as well as one from the village enthralled the audience with their hard performances which depicted the lifestyle of the villages of the Garo community.