The campaign intends to reach out to all the talented youths spread across the state, to provide them with the necessary support to pursue their dreams. “kyntiew ia la ki jong” campaign is a revolution for the Khasi community. 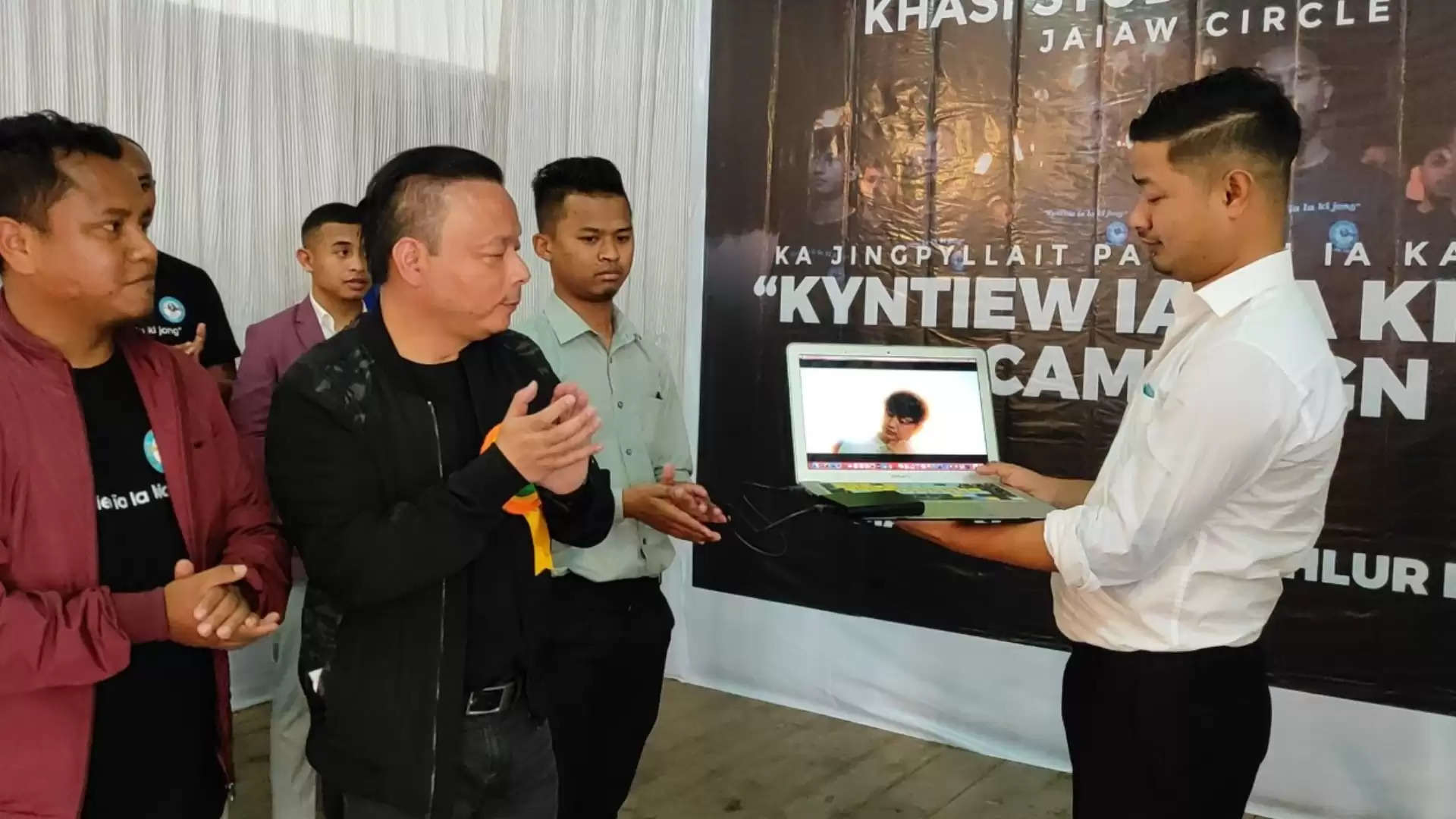 The campaign intends to reach out to all the talented youths spread across the state, to provide them with the necessary support to pursue their dreams.

"Trade and business is the backbone of the community. I feel that it is the right time to support our community”, Chairman of the Campaign, Pynskhem Uriah said.

Launching the new music video that features various local artists, Jaiaw MDC Paul Lyngdoh said that the potential of the youth in the field of arts and literature needs to be explored, adding that growth and success will follow, given the right support.

“There are opportunities in arts, music, literature but, we need to unlock the potential of the ‘jaitbynriew’ (tribe). There are some people whose level is that of an international standard but, we need to support one another," Lyngdoh said.

He added that the “kyntiew ia la ki jong” campaign is a revolution for the Khasi community.

Lyngdoh, who is also the former KSU president, observed that the state is economically weak with a high drop-out rate and Infant Mortality Rate; hence, the community needs to be uplifted.

He exhorted that this campaign needs to be sustainable as it can open doors of opportunities for the youth.

Speaking to TNT-The Northeast Today, Big Ri of Khasi Bloodz said that the campaign is an inspiring initiative as it talks about the economic upliftment of the community and it instils confidence in people.

ALSO READ: The Origin and Ancient Migrations of the Khasi People: Genetics Tells the Story

Commenting on the music video, Big Ri said that the lyrics talk about staying true to your profession as it is a mean of uplifting society.

“This campaign is about upliftment because only through economic upliftment can we uplift the whole society. It is about perseverance, (self-reliance) and being proud of your work, regardless of what you do," he added.

Big Ri further informed that the Khasi Bloodz is coming up with an album and is hopeful of featuring many local and upcoming artists of the state while not compromising on quality.

To a question on providing platforms for local artists, he said that the question does not arise. In this day and age, people have mobile phones.

“A mobile phone is a platform. That is how I started and recorded myself rapping in Khasi and did not intend that it will reach out to many people. So, that was my platform. Don’t look for a platform through other people. Build yourself first, follow good artists, read books and try to establish yourself so that the success story will be inspiring”, he said.

“Artists from Meghalaya are in high demand all over India. Even people from abroad like France and America have a high opinion of Indian artists, especially from the Northeast," Big Ri said.

The Director of the music video, Apdor Tron, said that the video concept revolves around business and talents.

Meanwhile, DBRYN records manager John R Kharlyngdoh said that the idea behind the song “kyntiew ia la ka jong” is to inspire the youth and everyone in society.

“Through the campaign, we want to let people know that no matter the situations, we can start our own work,” Kharlyngdoh said.