TNT’s List of Top Artists from Northeast India in 2020 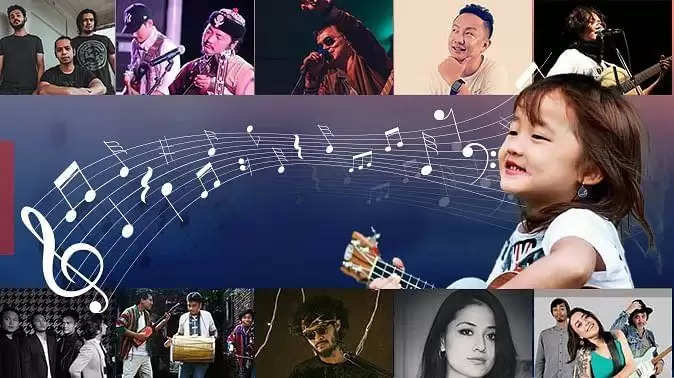 2020 was indeed a challenging year for everyone including musical artists. The pandemic may have impacted their field of work but it did not dampen their spirit and dedication to create "something musical".

Here is TNT's list of top artists from Northeast India (in 2020):

Alobo Naga is an award-winning artist from Dimapur, Nagaland who has already broken barriers for North Eastern musicians. He was the Best Indian Artist at the MTV European Music Awards 2012 with his hit song "Painted Dreams". Since then, Alobo Naga has gone to put out two albums "Road of a thousand dreams" and "Kini 2". He also runs a music school "Musik-A" and, is one of Nagaland's most prominent personalities. His third full-length album is coming up in 2021.

Founded in the year 2013, the band earned a spot in the Sennheiser Top 50 bands in 2017, also winning the Hornbill International Rock Contest in the same year. Some of their hit songs include “Imperfections,” “Sunday,” “If you’re not sweating to this then honey you’re not 90’s” and others.

Koloma is a Tipra folk-fusion band comprising of vocalist-guitarist Rumio Debbarma, guitarist Bhaskar J. Debbarma and drummer Shimul Debbarma. Their music is largely inspired by the folk music of Tripura mixed with elements from other genres and, their compositions are mostly about contemporary life, romance and inspiration. On November 15, 2020, they released their EP entitled “Chapmanliya” consisting of 5 songs.

Indian & Bangalore based, Lojal is the brainchild of Independent Singer-Songwriter, Rapper & Producer Martin J. Haokip. He draws inspiration from various genres in his environment with Soul at the heart. He has completed two self-made tours, performed in festivals, has singles and a critically acclaimed debut album to his belt.

Brothers Amitabh and Siddhart Barooa have been in the music scene since 2008 with their alt/rock/Grunge band Lucid Recess shooting into the limelight with multiple awards and hit songs spanning through their three albums. They have lately ventured out into a parallel project aptly

named "Lateral" where the electronic pop ideas come to life. Besides, they are a producer duo who have worked with over 250 artistes from all over the country at their Guwahati-based studio.

Mami Varte began singing at the age of 12, where she performed in various programs at church and school during her childhood. She released her debut album Damlai Par in 2007. Varte has worked with Bhupen Hazarika, Sourabhee Debbarma, and Lou Majaw on the song and music video for 'Our North-East, Our Star', as well as for a song directed by Shantanu Moitra. She has also performed on the show Indian Idol, at the Ink (Innovation and Knowledge) conference in Lavasa, and season 2 of the Indian television series Coke Studio @ MTV.

Mickma Tshering Lepcha has excelled as a player and performer of traditional Lepcha musical instruments and songs. He is also a B High-grade artist of All India Radio, Gangtok for both Lepcha music and instruments. Lepcha has worked as a Guru for Lepcha Puntong Polit (Lepcha Traditional Flute) under the Guru Shisya Parampara. As a versatile singer, he has sung as well as composed music for many albums including Eternity Remix of Lepcha and Bhutia Songs, Folk Melodies of Himalayas, etc. He has represented his State at various major festivals in the country. For his dedicated work in preserving and promoting Lepcha culture, Mickma Tshering Lepcha has been honoured with the Young Talent Award conferred by the North East Zonal Cultural Centre, Dimapur, in 2011.

Mickma Tshering Lepcha received the Ustad Bismillah Khan Yuva Puraskar for the year 2011 for his notable talent in the field of Lepcha music of Sikkim.

Soulmate's career spans over two decades with four albums and countless stage performances across the world. Founded in the year 2003, the band earned a special spot in the Independent Music Scene with their debut album “Shillong", taking them to newer audiences and newer places. In succession, they have given us hits like “Movin On", “Ten Stories Up" and the latest “Give Love" that came out this year.

Singer/song writer, finger-style guitarist and a performer, hails from a small town named Doimukh, Arunachal Pradesh. His music style is inspired by tribal folklore and nature, which uplifts the spirit of the listeners. He sings in Hindi, English and also in his dialect Nyishi, thus bringing a tribal language into the indie music scene.

He is a well-known staple in the Indian Independent Music Scene with two albums to his name, "Same Sky" and "This Home That Home". He has recently moved back from his long eight-year stint in Delhi to his hometown in Itanagar and has released two Nyishi tracks "Sang Be Yu Rey" and "Nyokum Sokhi".

Four-year-old Esther Hnamte captured the attention of the entire nation in 2020 with her adorable and soulful voice by singing AR Rahman's rendition of the song "Vande Mataram". This adorable girl has also managed to impress Prime Minister Narendra Modi, who applauded her talent in a post on social media. Hnamte, who hails from Mizoram's Lunglei district, also caught the award-winning composer, AR Rahman including Chief Minister Zoramthanga.

Disclaimer: This list is based on secondary research and is not exhaustive by any means