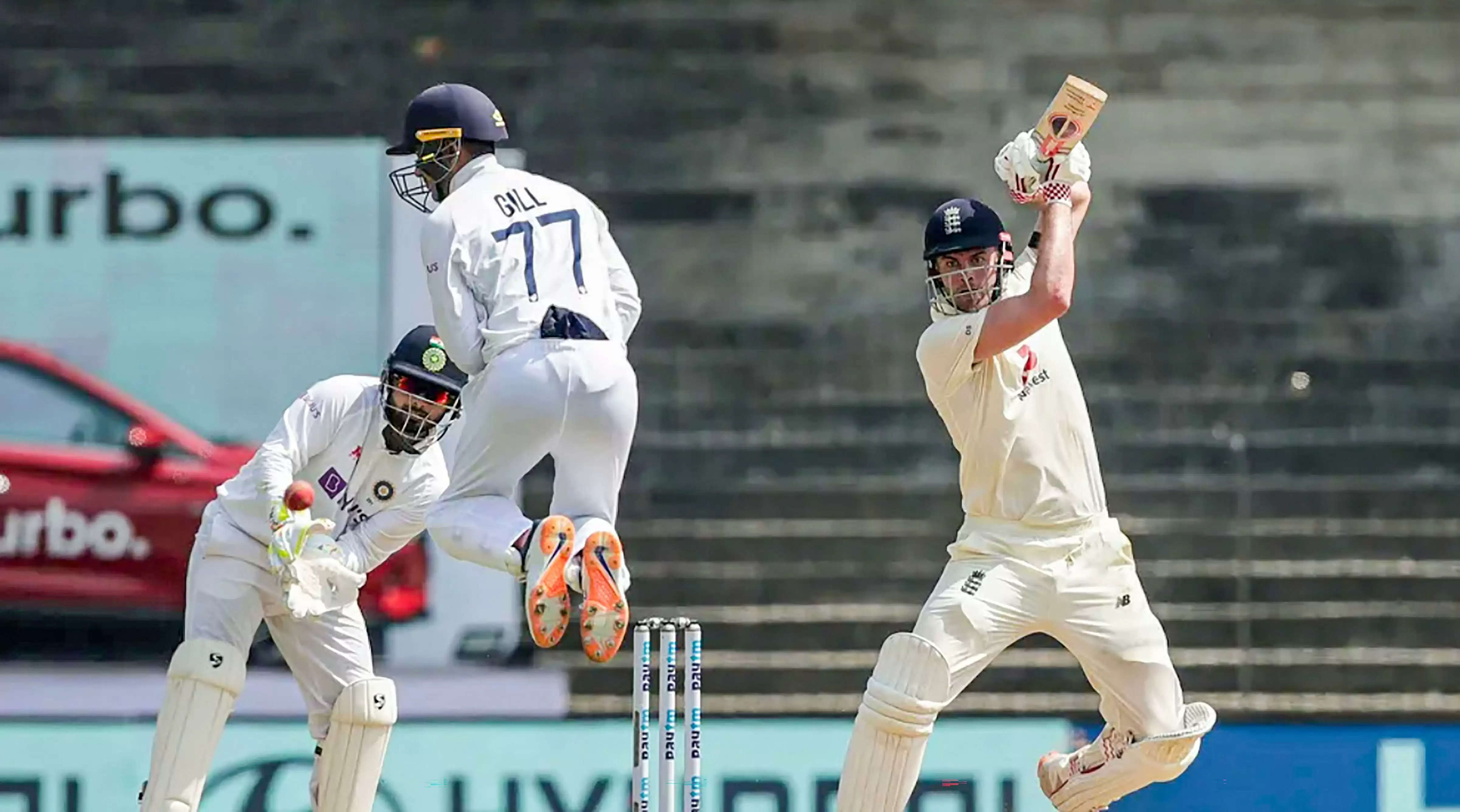 England continued their domination over India and stretched their innings to 355 for 3 to be in the driver's seat lunch on the second day of the opening Test of the four-match series here on Saturday.

England resumed their innings at 263 for three and added 92 runs in the first session.

Playing his milestone 100th match, captain Joe Root continued from where he left on Friday and added 28 runs to his overnight score to remain undefeated on 156.

Root, unbeaten on 156, and his deputy Ben Stokes (63) stitched an unbeaten 92-run stand for the fourth wicket on a placid Chepauk pitch as the Indian bowlers toiled hard in the morning session but returned wicketless.