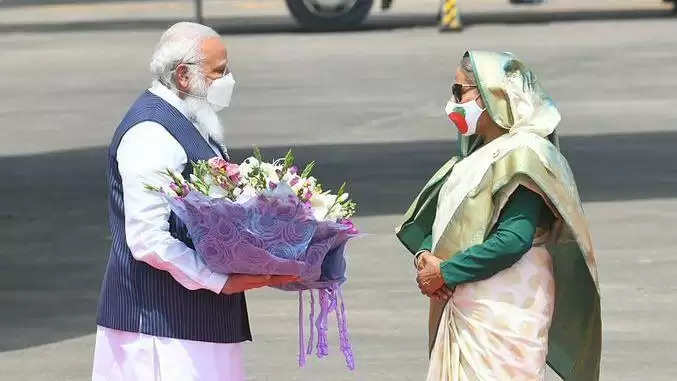 Prime Minister Narendra Modi visited places of historical importance and temples on the second day of his two-day visit to Bangladesh on Saturday.

Modi left Dhaka in the morning to visit Jeshoreshwari Kali temple from where he will go to the birthplace of Bangabandhu Sheikh Mujibur Rahman at Tungipara to pay tribute at his mausoleum.

After Tungipara, Modi will visit Orakandi, the birthplace of the spiritual guru and founder of the Matua community Harichand Thakur.

Later in the afternoon, Modi will hold delegation-level and restricted talks with Prime Minister Sheikh Hasina in Dhaka. India and Bangladesh will also sign several MoUs following the talks.

He will also call upon President of Bangladesh Abdul Hamid before departing for India on Saturday.

She urged India to take a leading role in developing a politically stable and economically vibrant South Asia in line with India’s neighbourhood first policy.