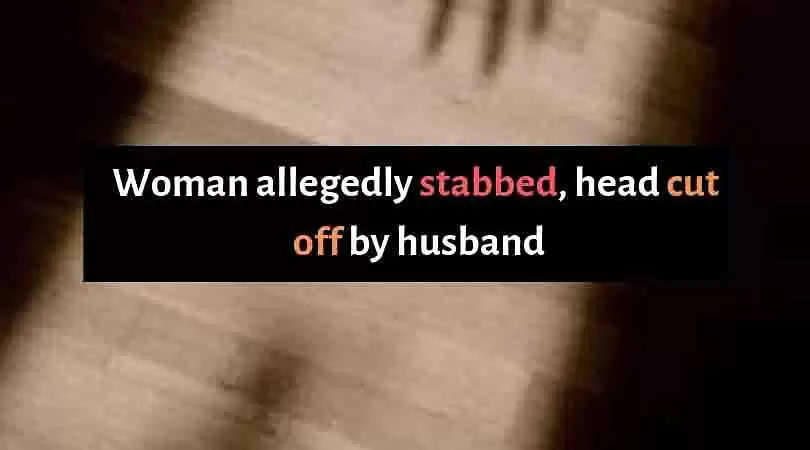 Erode, Tamil Nadu, April 17, 2019: In a gruesome incident in Tamil Nadu, a man chopped off his wife's head after killing her, stuffed it into a bag and tried to dump it in a canal, the police said.

They said that Muniappan (28) and Nivetha (19) natives of Karnataka were staying in Mettukaddai, 10 km from Erode. They had been married eight months ago. Police said the man suspected his wife was being unfaithful and had frequent fights with her over this.