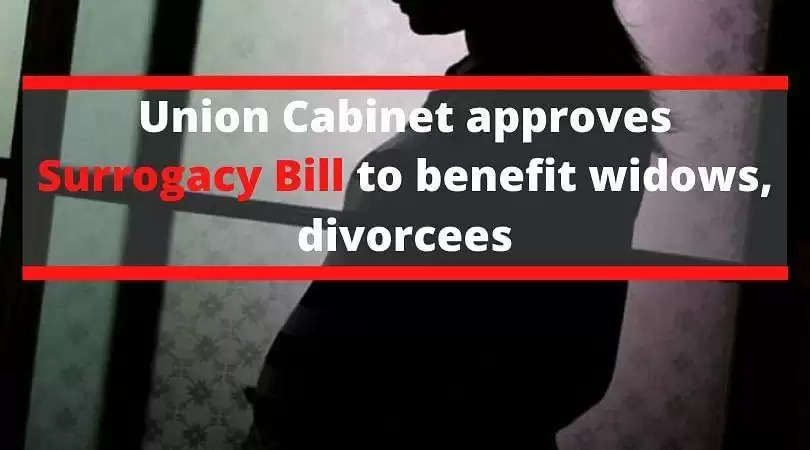 The Union Cabinet on Wednesday approved the Surrogacy (Regulation) Bill, 2020, allowing any "willing" woman to be a surrogate mother and it proposes that widows and divorced women can also benefit from its provisions, besides infertile couples.

The bill incorporates recommendations made by a Rajya Sabha select committee, which studied an earlier version of the draft legislation, and is aimed at banning commercial surrogacy and allowing altruistic surrogacy, Union Minister Prakash Javadekar told reporters.

Smriti Irani said the bill proposes that only Indian couples, with both partners being of Indian origins, can opt for surrogacy in the country. She asserted that Prime Minister Narendra Modi has led from the front with a liberal view on the issues of reproductive rights of women, be it medical termination of pregnancy, the Assisted Reproductive Technology Regulation Bill or the surrogacy bill.