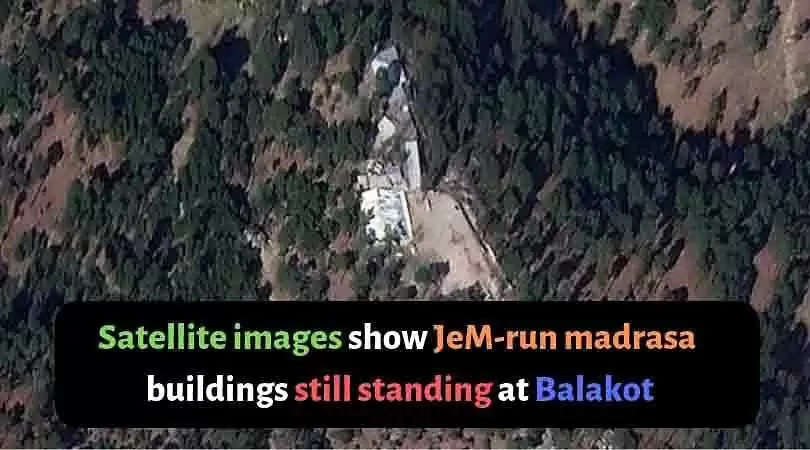 NEW DELHI/BALAKOT, March 6, 2019: The madrasa run by Jaish-e-Mohammed (JeM) at the Balakot site hit by the Indian Air Force (IAF) fighter planes appears to be still standing with no visible damage, as per high-resolution satellite images of the site, says news agency Reuters.

It says at least six buildings were visible on the site on March 4, six days after the air strike, and that the image was virtually identical to an April 2018 satellite photo of the facility.