PM urges people to support the local economy, asks seers to spread the message of 'vocal for local' 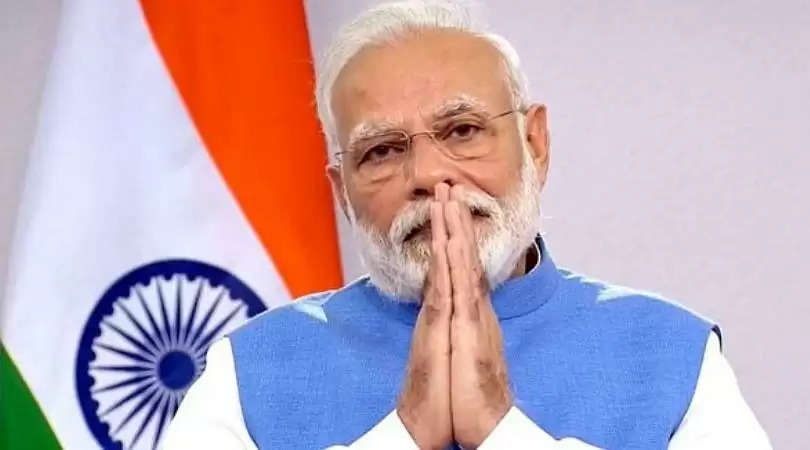 Prime Minister Narendra Modi on Monday called upon people to continue to support the local economy like they did on Diwali and urged seers to also spread the message of 'vocal for local'.

He also unveiled a statue of Jain seer Vijay Vallabh Surishwer on his 151st birth anniversary through a video conference.

"The way the country gave a tremendous support to the local economy on Diwali and other festivals, it indeed gives a new energy and we have to maintain this," Modi said while addressing a programme in Pali through the video conference.

The prime minister also appealed to seers to spread the message of 'vocal for local' among their followers.

"I would like to request our saints and seers that wherever they go and speak, the message of 'vocal for local' should be spread by them," he said.

Also Read: Nitish to be sworn-in as Bihar CM

The prime minister said that Jainacharya Vijay Vallabh worked for education, women empowerment and other causes during his time. He said the country was also moving in the same direction and added that a law against triple talaq was made, while new sectors were opening up for women.

"Women today are getting opportunities in the armed forces and the new education policy will create new opportunities for them," he said.

Modi said that the Bhakti movement led by seers pushed and strengthened the freedom movement in the country, and now it was time to push the 'vocal for local' campaign.

He said that seers of India always showed the path of peace, non-violence and harmony to the world and humanity, and the world gets inspiration from these messages.

"Therefore, the world is once again looking at India," he said.

Speaking on the life and works of the Jain seer, Modi said he was a visionary saint who had compassion for everyone and he visited different parts of the country to work for education and women empowerment. (PTI)