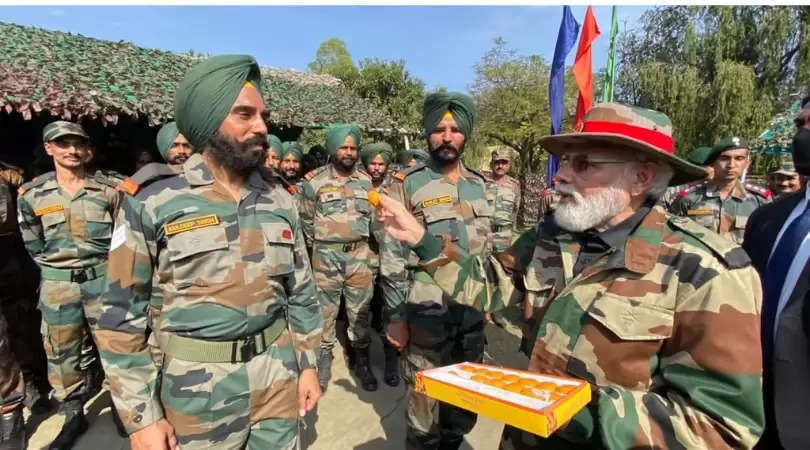 Prime Minister Narendra Modi celebrated Diwali with army jawans at Nowshera sector in Rajouri of Jammu and Kashmir on November 4.

Addressing the soldiers, Modi said that they are the ‘suraksha kawach’ (armour) of the nation.

“Our soldiers are the 'suraksha kawach' of  'Maa Bharti'. It is because of you all that people of the country can sleep peacefully and there is happiness during festivals," he said.

The Prime Minister lauded the army for surgical strikes and the everyday counter-insurgency operations that they are involved in.

He also paid tributes to the soldiers who gave up their lives to protect the motherland during various operations. " My prayers to all the families who lost their brave sons in the valley, their supreme sacrifice will always be remembered," Modi added.

This is not the first time Modi is celebrating Diwali with soldiers posted in Jammu and Kashmir, Himachal Pradesh and other strategic areas.

During his interaction, Modi also mentioned that India is enhancing its defence capabilities rapidly in line with other developed countries under the current government.

Meanwhile, prior to his visit, Indian Army Chief General MM Naravane had on November 3 visited forward areas to assess the security situation in the region.