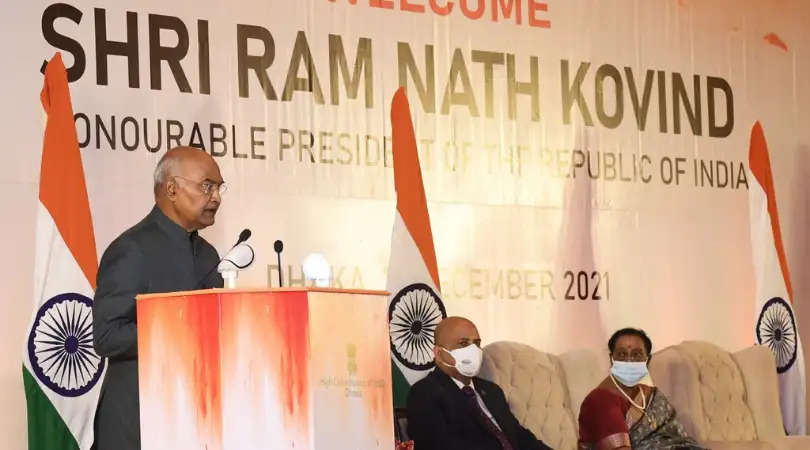 President Ram Nath Kovind has appealed to the business communities of India and Bangladesh to deepen the friendly ties between both countries to enhance trade and economy, especially between Bangladesh and the North Eastern Region (NER) of India, on December 17.

Concluding his three-day-long official visit to Bangladesh, Kovind said, "India remains committed to assisting Bangladesh in its journey towards a strong economy, partnering with Bangladesh as it proceeds to greater prosperity."

The President also praised Prime Minister Sheikh Hasina for maintaining Bangladesh's foundational values of a progressive, inclusive, democratic and harmonious society, noting that the leadership in both countries is cognizant of interlinked growth trajectories.

Kovind added, "India would stand in support of a Bangladesh that embodies the values that emerge from the Liberation Movement of this country. I see huge potential in strengthening the cooperation further in the areas of green energy and clean technology."

Prioritising the safety, security, welfare, and well-being of Indian citizens in all parts of the world, President Kovind further said, "The Indian government would continue to take all necessary steps to strengthen our links with our citizens abroad, as well as with our diaspora."