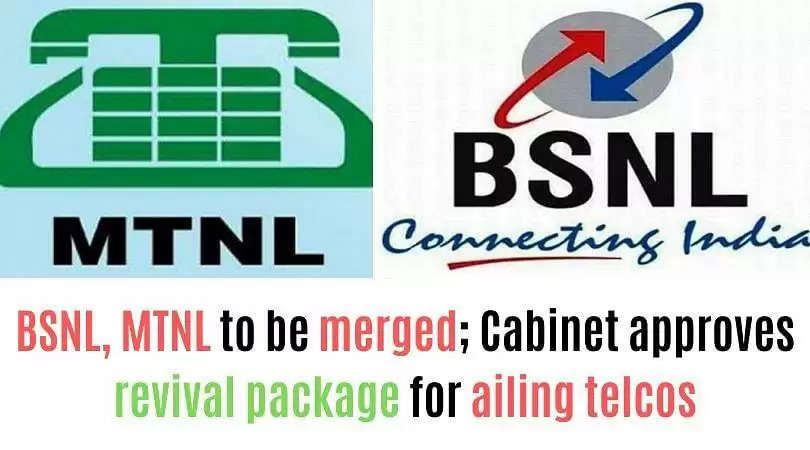 The Government have decided to merge the two ailing firms PSUs BSNL and MTNLNSE in order to revive loss as a part of revival package that includes raising sovereign bonds, monetizing assets and voluntary retirement scheme (VRS) for employees.

As part of the revival package, MTNL will be merged with BSNL. Pending this, MTNL will act as a subsidiary of BSNL. MTNL is listed but has its net worth already eroded. BSNL is unlisted.

Prasad said the government will raise Rs 15,000 crore through sovereign bonds. "Assets worth Rs 38,000 crore will be monetisated in four years," Prasad added.

Prasad also announced that 4G spectrum will be allocated to BSNL and MTNL. The allocation of 4G spectrum to them would be done at 2016 prices and administratively.

He also said that government will offer an attractive VRS package for employees in both the companies.

Giving an example of the VRS package, Prasad said any employee above the age of 53 and half, who opts for the VRS, will be given 125% remuneration of the salary, pension and gratuity till the age of 60.