2019 may be warmer due to El Nino, global warming: Officials 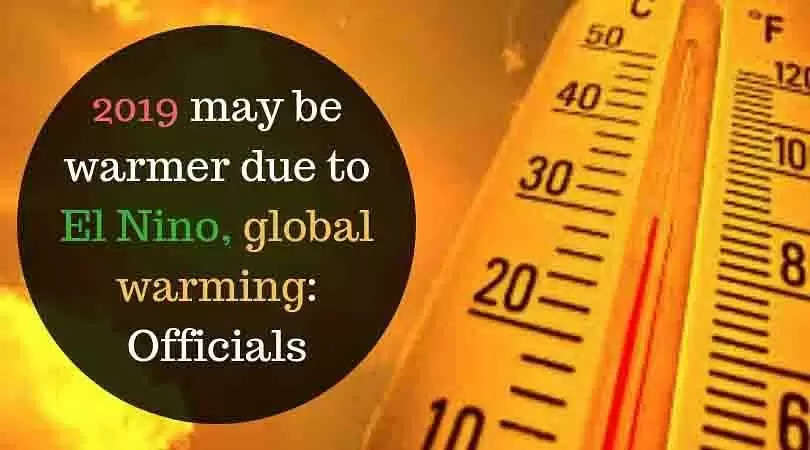 Even though 2018 has been cold and chilly, 2019 is likely to be warmer, officials said, pointing at El Nino and the overall rise in temperatures.
The World Meteorological Organisation (WMO) said chances of El Nino between December 2018-February 2019 are found to be about 75-80 per cent.

El Nino is a phenomenon associated with the warming of the Pacific waters and it is largely believed to have an impact on the Indian subcontinent's weather. Weather authorities are divided over the extent of El Nino's impact on the monsoon.

An official of the Ministry of Earth Sciences said as the year begins, the chill that covered large parts of India is likely to dissipate.

"The temperature is likely to be above normal. El Nino is one factor while the global warming is another. We have been witnessing above normal temperatures every day," M Rajeevan said.

Each passing year since 2015 has recorded high temperatures. From 2015 to 2017, every year was recorded to be the hottest.

Mr Mohapatra said it is too early to predict whether El Nino would have an impact on monsoon and how would the rainy season be.

"El Nino is likely to end by April-May. So, it is unlikely to have an impact on the monsoon. But it is too early to predict that," Mr Rajeevan, too, said.

Mr Mohapatra also took note of growing erratic weather patterns such as uneven monsoon, lethal thunderstorms that form in less than an hour and heat waves.
He pointed out that there were seven cyclonic storms in the Arabian Sea and the Bay of Bengal in 2018, of which four touched the mainland India; they were Daye (September 19-22), Titli (October 8-13), Gaja (November 10-19), Phethai (December 13-18).

The last time such phenomenon was observed was in 1985, he added.
Although temperatures were soaring in India last year, the number of heatwaves in 2018 were less in comparison to the previous year.

On the other hand, over 300 people died in thunderstorms, violent winds, and lightening prior to the monsoon.

In 2018, both the southwest and the northeast monsoon were recorded as below normal. Several parts of the country have been witnessing agricultural distress due to erratic weather patterns.