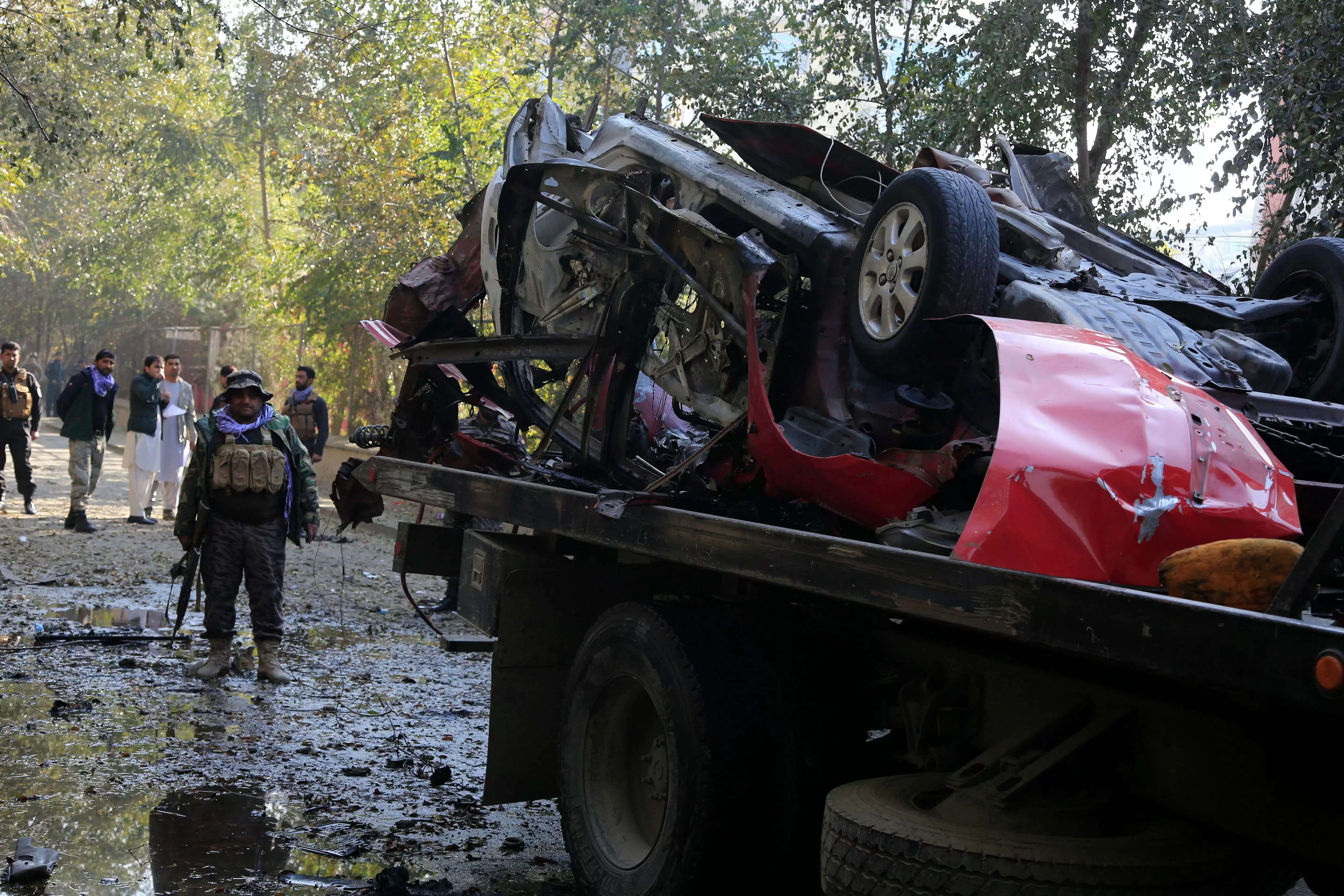 A suicide car bomber in Afghanistan killed at least four people and wounded 40 in an attack on a police base in the country's southern Kandahar province, a provincial official said Monday.

Paramedics still searched the rubble of homes destroyed by the blast hours after the attack late Sunday night in the province's Maiwand district, said Mohammad Ashraf Nadery, the provincial director of Kandahar's public health department. He said those wounded included both soldiers and civilians.

No group immediately claimed responsibile for the attack, though suspicion immediately fell on the Taliban. Kandahar long has been a stronghold for the militants since the 2001 US-led invasion following the September 11 attacks masterminded by al-Qaida leader Osama bin Laden, whom the Taliban hosted at the time.

Violence has soared in Afghanistan in recent months, even as the Taliban and government negotiators hold peace talks in Qatar.

The two sides have made little progress and attacks continue despite warnings from the US that continued violence could derail the talks.

Under a February agreement signed with the US, the Taliban have committed to fighting militancy and those who threaten the US in Afghanistan, specifically the Islamic State group and al-Qaida.