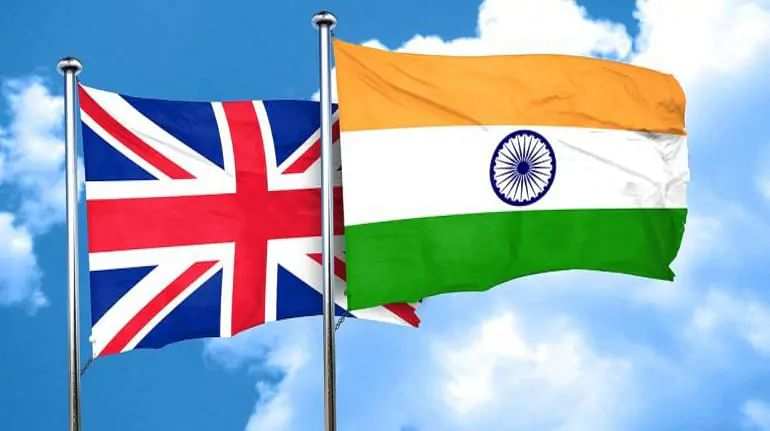 Commerce and Industry Minister Piyush Goyal and Minister of State Hardeep Singh Puri have held a virtual dialogue with their United Kingdom (UK) counterparts to review the progress towards a post-Brexit Enhanced Trade Partnership with Britain, which could lead to a free trade agreement in the future.

During the talks, both sides agreed to accelerate the “deepening” of trade ties, which involved a discussion on a range of UK products, including Scotch Whisky, and steps taken so far to unlock market access barriers to open up further opportunities for businesses on both sides.

The November Ministerial demonstrated the strength of the long-standing UK-India relationship, with both parties agreeing to continue to drive forward progress through the Enhanced Trade Partnership, which could lead to a free trade agreement in the future, a Department for International Trade (DIT) spokesperson said.

The meeting had been agreed as a follow up to the India-UK Joint Economic and Trade Committee (JETCO) in July, when the ministers had agreed to prioritise five key areas of life sciences, information communications technology (ICT), food and drink, chemicals, and services to address non-tariff barriers to trade towards first an enhanced and eventually a free trade agreement.

According to officials, both delegations committed to continue working together closely on areas of mutual interest and benefit and to accelerate the already deepening India-UK trade and investment partnership.

The ministers also reaffirmed the importance of “resilient supply chains” and ongoing cooperation in response to the COVID-19 pandemic.

The meeting follows a series of high-profile interactions on both sides in recent weeks and months, most recently with the visit of Foreign Secretary Harsh Vardhan Shringla to the UK last week.

“We are looking at early harvest deals, which would bring benefits to both our countries, followed by a more detailed, either preferential trade agreement or a free trade agreement," the Foreign Secretary had confirmed during his visit to London.

“Obviously, a limited deal means we work on those areas on which both sides can immediately agree to. We need more time to conclude a more comprehensive trade agreement, but our ministers are in touch and will work on trying to close such a deal,” he said.

The latest round of talks come as Prime Minister Boris Johnson announced a major addition to the UK government’s ability to attract foreign investment, in the form of a newly established Office for Investment this week.

The new office will support the landing of high-value investment opportunities into the UK, which aligns with key government priorities, such as reaching net-zero, investment in infrastructure, and advancing research and development.

The DIT said the new office will also ensure the UK is well-positioned to maximise the benefits that flow from free trade agreements with international partners, including India.

Now is the time to be bold and ambitious in how we trade with partners around the world. Our more strategic approach to inward investment will help level up the UK, creating more jobs and prosperity across the country, said International Trade Secretary Liz Truss.

The office will build our reputation as a world leader in industries of the future, such as tech, services, advanced manufacturing, and clean growth, she said.

Staffed by highly experienced individuals with both the private sector and cross-government experience, the office will be based at the DIT, with a Minister for Investment Gerry Grimstone leading its work in close partnership with No. 10 Downing Street, under the sponsorship of UK PM Johnson and Chancellor Rishi Sunak.

If we are to build back better from this pandemic, we need to refocus and re-double our efforts to attract foreign investment, which will increase productivity, economic growth across the country, boost our exports, and better our research and development environment, said Lord Grimstone.

We must sharpen our priorities and transform our investment offer accordingly to meet the demands of a changing global economic outlook, whether that be in a greener or increased digitally led opportunities. The office for Investment will make it easier for international investors by bringing the very best of the UK directly to them, he said.

The DIT said that most strategic investments are often the most complex and require a joined-up approach across government and the private sector.

The Office for Investment will look to resolve potential barriers to land these top tier investments, including regulatory constraints and planning issues, the DIT said.

Driving inward investment into all corners of the UK through a single front door and boosting economic recovery across the country, this major operational transformation is designed to ensure the UK is the most attractive destination in the world to invest, it added. (PTI)