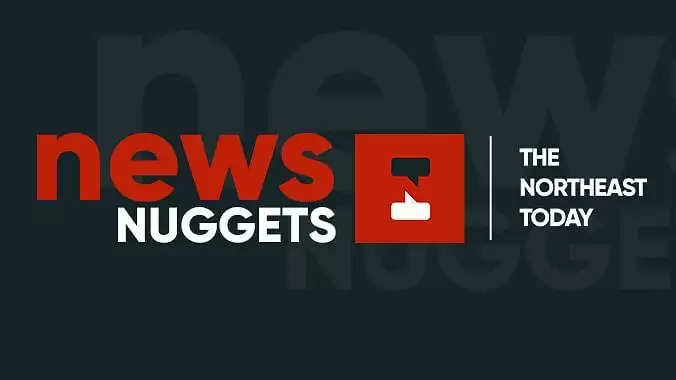 1. Dev Patel's 'The Personal History of David Copperfield' to release in India in December

The film, which stars Patel in the titular role, is based on the 1850 literary classic "David Copperfield" by Charles Dickens.

Officials said that the firing from the Pakistani side in Pansar, Karol Krishna and Gurnam border outposts started around 9:40 pm on Sunday.

The official mentor of Femina Miss India 2020, Neha Dupia, on Monday, announced the names of 31 finalists from each state.

The habitat of tigers needed to be protected, and for this people need to be made aware as well.

Cambodia is pleased to welcome Kaavan. No longer will he be 'the world's loneliest elephant.

According to an unnamed source, the weapons collected from the site of the assassination had the logo and specifications of the Israeli military industry.

Meanwhile, minister James Sangma informed the MeECL has a lot of problems in terms of high AT & C (Aggregate Technical & Commercial) losses. According to him, if these losses were to be brought down, then one would see that the revenue would phenomenally jump.

A timber bridge, which had been one of the primary connection between many villages of Dadenggre civil subdivision in West Garo Hills, was restored after it was washed away six months ago.

The victim’s wife informed the police a group of people with firearms and lethal weapons raided their house in North Tripura district on Friday night, looted jewellery, cash and abducted her husband Litan Nath, Debbarma said.

10. No private practice for government doctors in Manipur

To tackle the COVID-19 pandemic, the Manipur Health Department has issued a directive stating that all government doctors must fulfil their duties diligently in their place of posting.