CAA implementation to be given priority before Bengal assembly polls, says Vijayvargiya 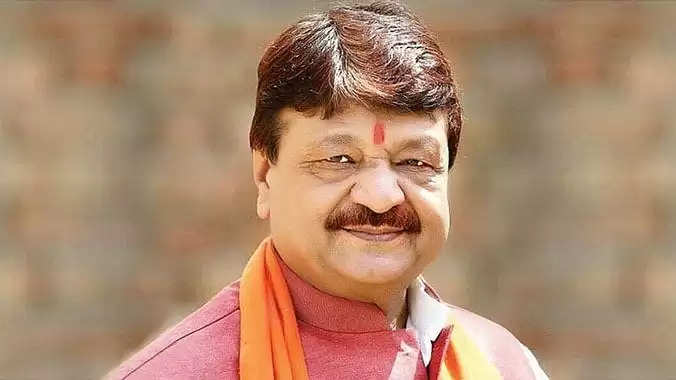 BJP national general secretary Kailash Vijayvargiya said that citizenship law implementation would be given priority ahead of the 2021 Bengal polls, as both his party and the Centre were keen on ending the woes of the state's refugee population.

Asserting that free and fair polls were not possible without the imposition of President's Rule in the state, Vijayvargiya, who is the BJP's Bengal minder, stated that the party is unlikely to raise the matter during Union Home Minister Amit Shah's two-day visit from November 5.

"The state unit, nevertheless, would convey its grievances over the recent political killings in Bengal and the politicisation and criminalisation of some police officers," Vijayvargiya said.

Noting that "the National Register of Citizens (NRC) exercise was not up for discussion and consideration" as of now, he said the BJP, at the moment, is looking forward to granting citizenship to the persecuted refugees from neighbouring countries.

"Our (central) government has passed the Citizenship Amendment Act (CAA) with an honest intention to grant citizenship to the persecuted refugees who have come to our country from the neighbouring nations. But there have been a few petitions against the CAA in the court," he said.

"We are hopeful that as and when the (pandemic) situation normalises, there would be a decision. We would try to prioritise CAA implementation before elections in Bengal," he added.

Resentment has been brewing among a section of the Matua community people, who have migrated to the state from Bangladesh, over the delay in the implementation of the CAA.

BJP MP Santanu Thakur had recently said he would write to Shah requesting him to quickly implement the law in Bengal to ensure that people from the politically crucial Matua community, of which he is a part, get citizenship rights.

The BJP leadership is apprehensive that the delay and confusion over CAA implementation might turn refugee voters, especially those from the Matua community, against the BJP in the Assembly elections, even though they had voted hands down in favour of the saffron camp in the 2019 Lok Sabha polls.

Matuas had been migrating to West Bengal since the 1950s, mostly due to religious persecution. The community, with an estimated population of three million in the state, influences at least four Lok Sabha seats and 30 to 40 assembly seats in Nadia, North and South 24 Parganas districts.

According to state BJP sources, the CAA will benefit more than 1.5 crore people across the country, including over 72 lakh in West Bengal. (PTI)