Arunachal Pradesh: Man arrested on charge of theft in Pasighat 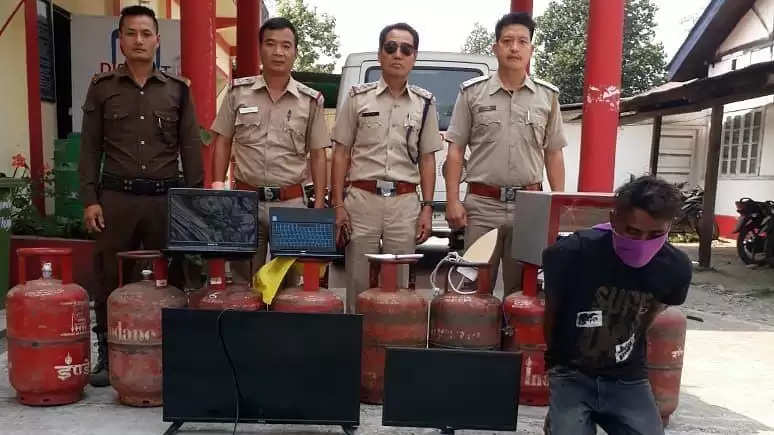 Pasighat Police arrested one man on Monday and seized 10 LPG cylinders, two TVs, two HCL Laptops, one Micromax tablet, one oven and one iron from his possession.

The man, identified as Mon Bahadur Dorjee, has admitted to stealing from various locations of Pasighat.

Police informed that further investigation is on to nab his other accomplices.