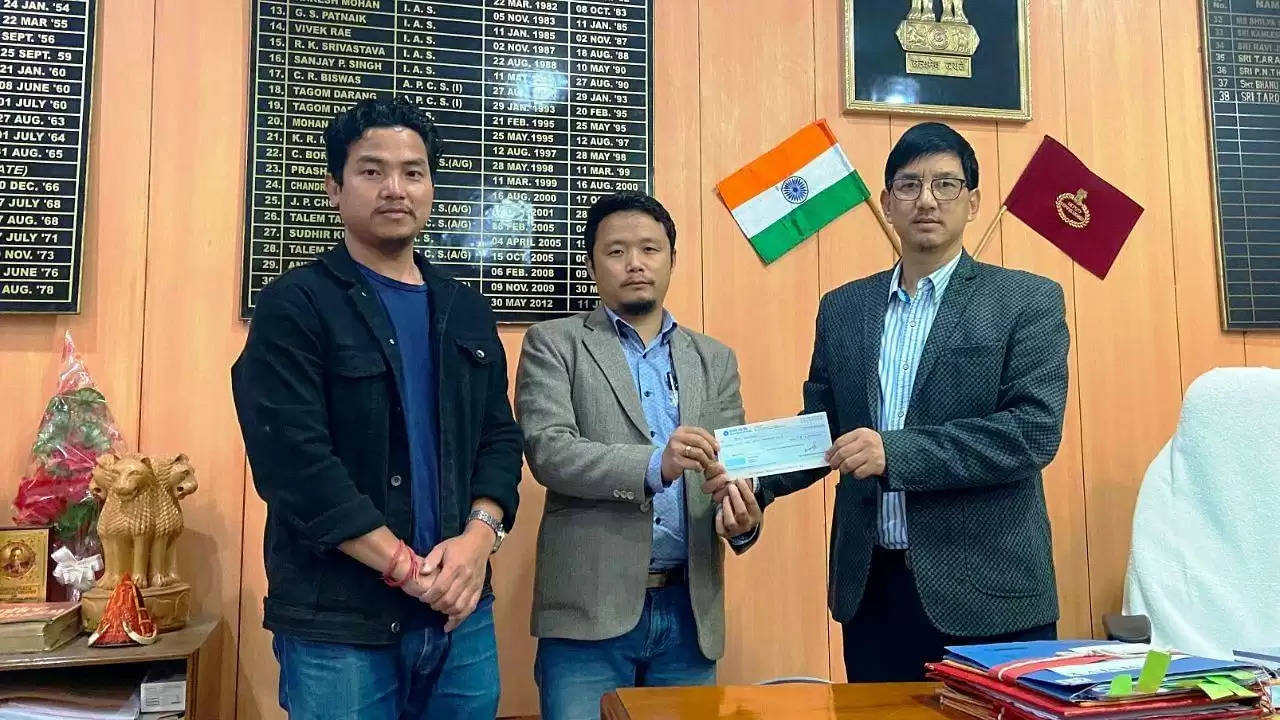 Officers of the 2016 batch of the Arunachal Pradesh Civil Services (APCS), on March 30, contributed Rs. 1.60 lakh to the families affected by the March 18 fire at Longliang village under Lazu Circle in Tirap district.

The Extra Assistant Commissioner of Lazu, D.K Thungdok, and Borduria Circle Officer Lim Modi handed over the amount to Tirap Deputy Commissioner Taro Mize on behalf of the APCS 2016 batch.

“Thungdok is also the Chairman of the Fire Victims committee constituted by the DC of Tirap,” Namsing Circle Officer Radhe Tatung said.

The officers said they hoped the contribution would bring some respite to the affected families.

Earlier, two people, including a five-year-old girl, were burnt to death when a fire broke out in Longliang village on March 18. The fire also reduced 114 thatched houses to ashes.

The incident reportedly took place between 11:00 am and 12:30 pm. Longliang village is around 45 kilometres from Khonsa - the district headquarter of Tirap.