Unbeaten Shillong Lajong emerge as champions of U-18 Youth League 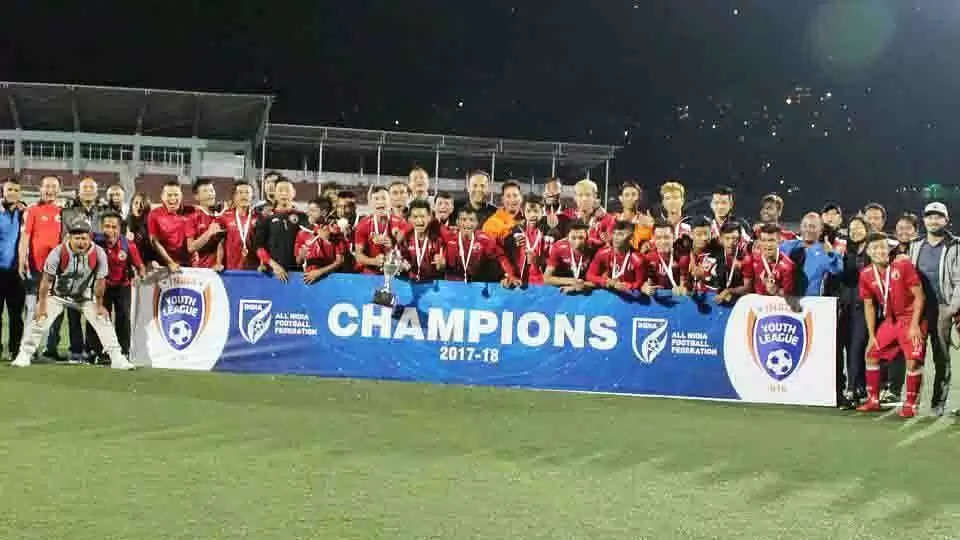 SHILLONG, May 27, 2018: Shillong Lajong FC made history by clinching the U-18 Youth League title at the Jawaharlal Nehru Stadium in Shillong on Saturday with a 2-0 win over Kerala Blasters FC in the title clash.  This is their first national title since they qualified for the I-League the second time back in 2011.

Having remained unbeaten over the course of the season, Lajong started off well in the final as Samuel Kynshi's free kick was inadvertently slotted inside the goal by Blasters player Lins P Poulose.

Playing in front of their home fans, Lajong didn't have any trouble defending their lead as Kerala Blasters struggled to create chances in the first half.

The second half of the game got heated as Kerala Blasters became desperate to equalise and the match ended with only 19 men on the pitch after the Indian Super League side saw two of their players, Poulouse and Suhaib S., being sent off, while SLFC's Phrangki Buam was also shown a red card.

Kynsailang Khongsit then settled matters in the second half stoppage time when he calmly put the ball past the Blasters goalkeeper from a Lajong counter, handing his side the title in the process.