The Love of Humanity through Football 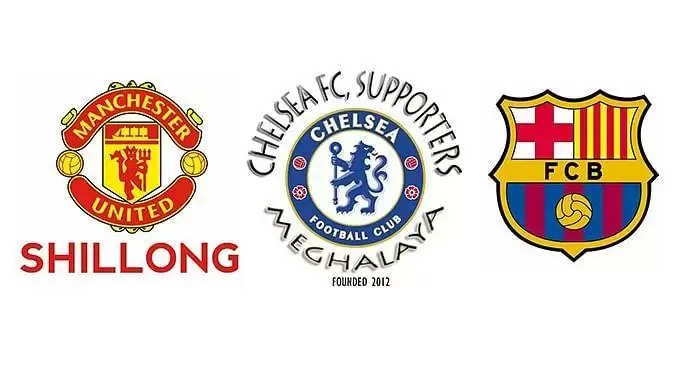 A football stadium reminds us of jam-packed stands, teeming with fans in colourful jerseys singing anthems and rhythms to the high-technique action that players show while giving their all to ensure victory for their respective team.

Undoubtedly, this is the spirit of football that any fan across any nation would recognise.

This spirit of football has a massive fan base in Northeast India, which has given birth to many prominent footballers, both men and women, like Ngangom Bala Devi, Oinam Bembem Devi, Baichung Bhutia, Eugeneson Lyngdoh, Jeje Lalpekhlua and many more.

Footballers have had a massive role even off the pitch. Many of them have created an impact, inspiring millions of people to come together as a group to cherish a humanitarian motive.

For instance, the British Queen recognised Manchester United’s 22-year-old forward Marcus Rashford for his services during the COVID-19 pandemic when he provided free school meals to vulnerable children.

In a similar story that took place in Meghalaya, a group of football fans from the state honoured the football clubs they support by taking up initiatives to help those in need.

TNT- The Northeast Today had the chance to speak to Shillong Chelsea fan club, Manchester United Supporters Club Shillong, Meghalaya and Shillong Barcelona fan club, which created an impact in some rural pockets of the state recently.

TNT: How did you put together a group of football lovers to use their agency for helping those in need?

We have an official supporters’ club (Shillong Official Supporters Club) that has been recognised by the parent club, Chelsea FC. We have a WhatsApp group for Chelsea matchday discussions and football-related conversations. It was in September 2020, where an incident happened in Nongkseh village in Upper Shillong.

Members from the area informed us that about six families were affected by a massive fire that burnt down their homes, and they reported a tremendous loss of property. On hearing this, the club created a poster in social media platforms inviting other supporters, including those who are not in the group, to join in.

The group has always been passionate, and we put our strength in numbers to good use by actively taking part in our immediate community.

Before this, we had also tried to donate towards the CM relief fund to combat COVID-19. But unfortunately, it could not materialise.

However, regarding this case, there was an immediate urgency to the situation, and we thought we should contribute in any means possible.

We are a group of friends from Shillong, united in our support for FC Barcelona. A student and founder of the fan club, Banadien Rapsang, created our WhatsApp group on May 10, 2019.

In the group, we keep on adding more members as long as we know that they are Barcelona fans from Shillong. We have met only once, though, which was last year.

I remember Bah Nangsanbor Wahlang, a member of our group, had sent a video on our group of a poor family in Khrang Village in East Khasi Hills, which needed immediate help. We helped them and within a week; we accumulated up to 50,000 rupees.

TNT: It is often difficult to convince people to join hands for a cause. How difficult was this for you?

I would say it was easy. It was very easy to convince our members, even though there was hardly any media attention towards the incident we were trying to cater to.

In just three days, we raised about 18,000 rupees, and some even donated in other ways.

It was of a task, but not very complicated as we had official WhatsApp groups and other social media platforms through which we could reach our members.

So, when we shared a post on our social media handles, the response was immense. Everyone took part and what we gathered together was quite an astonishing response.

It was not difficult at all. We all have a heart of empathy towards the helpless, and we will keep on doing more of such deeds.

TNT: How did you come to know about the families needing help?

One of our members, who is from Nongkseh village, informed us about the incident and introduced us to the families affected by the incident.

A video on YouTube had been circulating over the past few weeks. That’s when a fellow member brought it to our attention and suggested that we should come forward to join hands in helping a good cause.

We came to know about this incident after a video from Batesi TV was sent to our group.

TNT: What made you want to give a helping hand?

Humanity is second to none. Football educates us about respect, humanity and brotherhood.

First, it’s for humanity, but more importantly, we stand united for a cause let by one of our most revered players, Marcus Rashford who till date, still fights for the rights and welfare of the underprivileged. Hence, the aim of our project is also called RASH (Relief, Aid, Support and Help)

TNT: Why did you decide upon using the football club names to collect donations?

“We Bleed Blue”, and by that, we stand with our brothers through thick and thin. When one member comes out and asks for help, we synchronously join hands within the Chelsea family.

I love to brag about this: Chelsea FC had officially thanked us for the humanitarian work we did as a fan club and dedicated a post for us in their official social media handles (Facebook and Instagram).

We stand united just as the club name stands. One of our very own coveted players, Marcus Rashford, laid an example by tackling child hunger in the entire United Kingdom. We gathered inspiration from his honourable actions and took this noble step of contributing towards society in our small way.

As you know, Barcelona is a rich club, so we love the tag of it. Laughs No, no sorry we’re just kidding about this. Jokes apart, we know that we are a part of the Barcelona family. It is easier to approach anything if we stand as one.

TNT: How was the feeling when you met the families? Can you describe it to us?

Amid the pandemic, seeing the six families lose everything in the fire, starting from clothes, household items, official papers and documents, it pained us.

Fulfilment is the word! Life seldom allows us to play an active role in someone else’s life.

The gratification and sense of fulfilment that everyone felt on that day are beyond words. Our members were and still are actively in touch with the orphans we gave financial aid to, and no feeling could be better.

Their innocence and gratitude touched us all. As Swami Vivekananda once said, “Hands that serve are holier than lips that pray,” it is on this day that every member there felt it.

It changed all of us in a small way towards the better. In this year, where the pandemic has made situations difficult, this minor act had much more impact on all of us than it did on them. We are glad this opportunity presented itself, and we could all rise to the occasion.

Seeing them, I could feel myself wondering what I would do if I were in their shoes? It is difficult to live in such a condition of life. It broke our hearts to see that such families still exist in our society. A boy of 16-years, who ideally should spend time with friends, was bearing the burden as a daily bread earner for the family.

All we will remember is a prayer for their family as God is a God for the orphan.

TNT: Any inspiring words of advice to others?

Help others, no matter how big or small the contribution is.

Our only advice to the youth of the generation and the upcoming youngsters is that we should do our utmost best to be better human beings and impact the society by changing the world to be a better place, little at a time.

Our smallest actions count towards upbringing, a world full of peace and happiness. United, we can change the world.

An encouragement for every friend who is reading this, keep on sharing for the poor, no matter which group or position, irrespective of who you are, it doesn’t matter whether it’s big or small.

The words of Mother Teresa reminded us, “Not all of us can do great things, but we can do small things with great love.”

The Bible reminds us about Jesus feeding the five thousand and, in this incident, we remember of the boy who gets provided with just two fishes and five loaves and God multiplies them.

Don’t question, help them. If you can’t feed the hundreds, feed one person, and this would also be a great blessing for the one who receives it.

Believe me, you can sleep peacefully at night. Our heartfelt gratitude and much love go to all Barcelona fans in Shillong and around the world who inspire us.

Much appreciation also goes to the other fan clubs, Man Utd and Chelsea, who continue to lend their hands to this very family.

God bless you all! Força Barça!