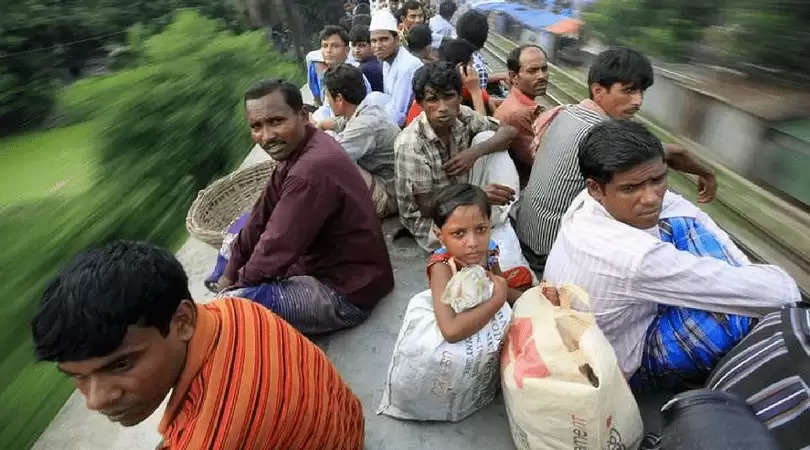 DIMAPUR, July 27, 2018: On Thursday, Naga Students' Federation (NSF) urged the government and people of Nagaland to take immediate measures in preventing possible mass migration following the publication of the second and final draft of National Register of Citizens (NRC) in Assam on July 30.

An NSF statement said Nagaland was facing immeasurable problems, including influx. "A massive, alarming migration is bound to happen with the publication of the final draft of the National Register of Citizens in Assam if the Nagaland government does not take necessary measures to monitor the flow of immigrants," it added.

It said Assam was updating the NRC to weed out illegal migrants in accordance with the Assam Accord, 1985. But the exercise posed a demographic threat to its neighbouring states. It cautioned all the citizens of Nagaland, indigenous and non-indigenous, not to offer opportunities to illegal immigrants to secure a passage into the state and warned of strict action against defaulters. It asked its units and other organisations to be vigilant in their respective jurisdictions.

The Nagaland government is also considering NRC enrolment and has decided on several preventive measures against a possible influx from Assam. This was discussed in a recent meeting of state home and police department officials, chaired by chief secretary Temjen Toy.

In a statement issued on Wednesday, the government had said additional forces, including state police, Indian Reserve Battalion units and flying squads, were being deployed in the areas bordering Assam to prevent influx.

The statement said village councils have been asked to be vigilant, not to allow illegal migrants to enter their jurisdiction or employ them in any manner.

It said deputy commissioners have been asked to take measures and to issue advisories to house owners in towns to verify the identity of tenants and not to let out their premises to doubtful and suspicious people.

In the evening, the state home department issued a four-point advisory, directing all villages, towns and municipal authorities to take measures to monitor influx, to bring any unusual influx to the knowledge of the district administration and police, to properly check and verify the antecedents of any new incoming tenants with the district administration and police, to strengthen all entry points/checkgates and activate mobile patrolling in vulnerable locations in their respective jurisdictions.

The advisory also said inner-line permit regulations should be strengthened with effective monitoring and checks from time to time.