Mirroring Karnataka: Five Meghalaya CMs with the shortest tenures ever 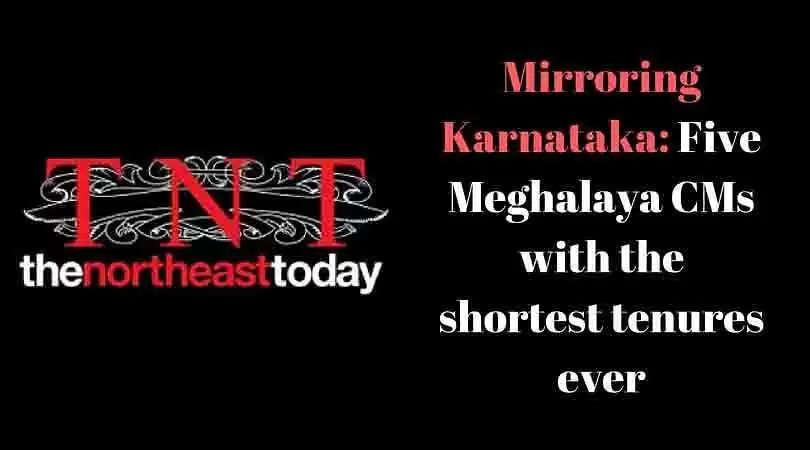 1. Dr. D D Lapang, the veteran Congress leader took oath as chief minister for the fifth time on March 10, 2008. Former Meghalaya governor Shivinder Singh Sidhu had invited the Congress to form the government after emerging as the single largest party with 25 MLAs in the 60-member Assembly and was given 10 days to prove his majority. Much like the Karnataka fiasco, Lapang failed to garner support and consequently he resigned on March 19, 2008 after nine days.

2. Salseng C. Marak held the chief ministerial office for just 13 days. Marak, a senior Congress leader, was administered oath as chief minister for the second time on February 27, 1998 but he resigned on March 10, 1998 after failing to prove his  majority.

5. The second chief minister of the state, Darwin Diengdoh Pugh, held office for 75 days from February 21, 1979 to May 6, 1979 making him the longest serving out of the five.