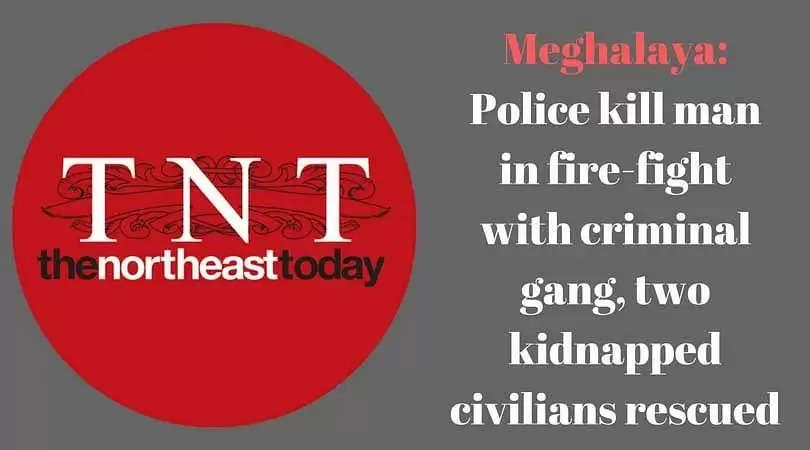 An unidentified criminal was killed on Tuesday in an encounter with police from South Garo Hills district.

Two civilians who were allegedly kidnapped by the group of criminals were rescued in the process.

The incident took place on Tuesday under the Nongalbibra PS in South Garo Hills at about 3 pm.

"We had received information of one Amanur Rohman (39 years of Borsibandha under Phulbari PS) and another Kutubuddin Boktiar (33 of Gomaijhora also under Phulbari) being kidnapped by unknown miscreants from Nagadipu under Nongalbibra PS," said SGH SP, Abraham T Sangma.

Police immediately launched a search and rescue operation of the said area where the incident took place.

"Upon reaching the Kamila Bagan area under Nongalbibra PS, the unknown miscreants started firing indiscriminately towards the police team forcing the police team to retaliate in self defense. The exchange for fire lasted for 5 minutes. They fled from the spot as they were unable to match the firepower of the police," he added.

The criminals were able to escape using the thick jungle as cover after the encounter. When the firing stopped the police team moved forward and searched the area and found the body of one unknown miscreant killed on the spot during the exchange of fire.

"The two kidnap victims were also rescued from the place of occurrence," added the SP.

After a search of the area, police recovered one 9 mm pistol along with a magazine, 15 rounds of AK-47 ammunition along with 4 dummy AK-47s and some incriminating documents.